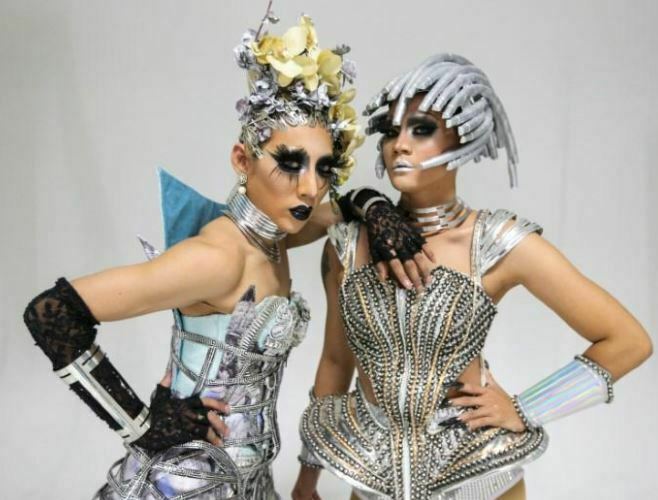 Before his shows at a jazz club in Bangkok, Pan Pan Narkprasert, 29, slathers layers of makeup on his face, emerging after two hours transformed into Pangina Heals, a larger-than-life, purple-lipped lady with a mass of blonde hair.
A professional drag queen, Pan Pan performs a weekly show at the 1930s Shanghai-inspired venue in this capital’s Silom nightlife area.
“This is not the White House. We’re just having fun here,” Pangina tells the cheering audience.
“We make fun of everybody. If you feel offended, you know where the door is.”
Pan Pan is also co-host of “Drag Race Thailand”, the first international edition of the U.S. reality television show “RuPaul’s Drag Race”, which pits drag queens against each other in various weekly challenges and runway performances to find “America’s next drag superstar”.
On the air for almost a decade, “RuPaul’s Drag Race” is hosted by American drag queen, singer and TV personality RuPaul, and sees the last two contestants lip-sync to songs for a crown and other prizes in the final episode.
The Thai show, which follows the same format, has contestants aged 18 to 37 competing for a 500,000 baht ($16,000) cash prize.
“Drag Race Thailand” made its debut last month and Pan Pan credits the show with helping Thailand’s drag scene to blossom.
“The drag scene is growing so much more because of shows like ‘Drag Race Thailand’ and ‘RuPaul’s Drag Race’,” Pan Pan said.
“Thailand’s drag scene is new and fresh because drag is a form of Western culture, but Thai people are really interested in it.”
A largely conservative Buddhist society, Thailand has nonetheless built a reputation as a place with a relaxed approach towards gender and sexual diversity.
Thailand’s tourism authority promotes the country as a friendly destination for lesbian, gay, bisexual and transgender (LGBT) tourists and runs a website dedicated to the sector.
There are no official figures for the sexual orientation of visitors but travel industry executives say Thailand has seen an increase in the number of gay tourists.
Despite the relaxed attitude, and the prevalence of drag queens in the entertainment industry, their role has largely been confined to nightclubs.
Piyarat Kaljareuk, executive producer of “Drag Race Thailand”, says he wants to bring drag queens out of the clubs and into a more prominent role in society as part of a greater acceptance of the drag scene and the LGBT community.
They are “artists who don’t yet have a platform for expression that is widely accepted,” Piyarat said.
Fan favorite Assadayut Khunviseadpong, known as Natalia Pliacam in his drag persona, is one example. On the show, Natalia, 37, has wowed judges with her glittering costumes and flamboyant character, recently winning two out of three challenges in a single week.
Professionally, Assadayut has a more unassuming role running a business selling coffins in Bangkok’s Chinatown.
“Natalia is a role model for many other Chinese sons still living in the closet,” Assadayut said.
LGBT activists say Thailand has a long way to go before gender and sexual equality is fully achieved.
Same-sex marriage is still not recognized, nor can people legally change their gender on national identification documents.
Piyarat hopes growing LGBT acceptance will result in legal recognition in the future.

“I don’t want to say one show can change the world,” he said, “but I certainly hope to one day see equal rights and equal social opportunities.” RT EP 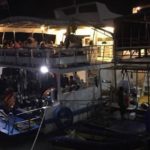