THEY were the hobbyist hero divers who saved a dozen boys trapped in Thai caves flooded by rising monsoon rains.

Brits Rick Stanton and John Volanthen earned the George Medal for rescuing the lads, aged 11 to 16, from their refuge in an air pocket more than two miles inside the underground system.

The 12 members of a junior soccer team and their coach had been trapped for more than two weeks in the summer of 2018 and all other attempts to reach them had failed.

Today the publicity-shy pair have told for the first time how their rescue idea was so risky, the UK government had a “James Bond-esque” plan to extract them if it all went wrong.

John also talks of how he chanted “Believe, believe” when they finally reached the boys — to reassure himself that the amazing sight he was seeing was real.

The modest Brits’ story will be told in a big-screen documentary, The Rescue, in cinemas this week.

And Rick and John will be played by Viggo Mortensen and Colin Farrell in Thirteen Lives, an upcoming Hollywood retelling of the rescue.

And what a drama it will make. Before the rescue began, Rick and John put forward a high-stakes plan to give the boys ketamine — used by vets as a horse tranquilliser — to ease the youngsters’ perilous two-and-a-half-hour journey under water.

But the duo were warned that if any of them died from the sedative they could be arrested or face retribution from vengeful locals – hence the British evacuation plan.

Many Thais were extremely doubtful about the pair’s audacious scheme to get the trapped boys out of the underground tunnels by putting them to sleep. Even the cave-diving doctor who they had persuaded to administer the drugs believed he might kill the youngsters.

But Rick and John believed the situation was so dire that if even half of the boys made it out alive it would be a success.

In an exclusive interview, John, 50, says: “The risk to us was we could potentially end up in the Thai judicial system or certainly end up as pariahs and deal with the consequences ourselves.

“Those risks were there. Cave diving is an unforgiving business. The largest risk was to the children. If we took the do-nothing option, they were going to die.”

Thanks to meticulous planning and teamwork, the 12-strong team all made it out alive from the Tham Luang Nang Non cave in Northern Thailand.

Both John and Rick were awarded the George Medal for “acts of great bravery” and lauded as heroes across the globe.

Timeline of the daring rescue

The caves are the boys “playground”, but were cut off by early monsoon rain.

June 30 – Rick and John consider giving up because the monsoon currents are too strong.

July 1 – The progress of Belgian cave diver Ben Reymenants and engineers pumping out water convince them to stay.

July 2 – Rick and John make contact with the boys and their t coach two and half miles from the cave entrance. The team have been perched on a small ledge for ten days without food or water.

July 4 – Four Thai Navy SEALs take food and blankets to the children, and also get trapped.

July 5 – Retired Thai Navy SEAL Saman Kunan dies after running out of air while delivering wet suits to the boys. In December 2019 Thai Navy SEAL Beirut Pakbara died from a blood infection he sustained during the operation.

They take it in turns, bringing out four boys a day. Dr Harris administers the sedative ketamine, plus Xanax to reduce anxiety. First four boys make it out alive.

July 10 – Final four boys, plus the coach and trapped Thai divers are saved.

But back home in England, they are modest about their daring deeds.

Neither diver spoke to the media during the operation in Thailand and they remain hobbyists who are ill at ease with the limelight.

John only met the rescued boys once, for just 15 minutes, because he didn’t want them to feel they were “beholden” to him.

And he claims his life was not “exceptionally in danger” in the cave, even though two Thai divers died as a result of the rescue effort.

How Rick, from Coventry, and John, from Bristol, got caught up in the massive operation on the other side of the world is largely down to an “incredible” coincidence.

Rick, 60, tells how he started dating Thai girl Amp Bangnoen when he was introduced to her by a military pal he had saved from a cave in Mexico.

As soon as Amp returned to Thailand after visiting Rick in Britain she heard about the boys being trapped in the caves in her home town.

He says: “She came up with, ‘I would love to see you involved in that’.

“She called me and said ‘there is a football team trapped in a cave’ and I was very dismissive.

“I assumed they were boys who had gone for an adventure and hadn’t come out.”

But once Amp had convinced him it was a real emergency, British expat cave diver Vern Unsworth — who famously sued Elon Musk after the Tesla tycoon called him “Paedo guy” after he turned down Musk’s offer of a rescue sub — persuaded the Thai authorities that Rick and John were the best options for finding the boys.

They had both been involved in rescues and in 2010, with two other divers, set a world record for the longest cave dive — for distance rather than depth — of 28,900ft.

However the Thai Navy SEALs in charge of the search were not so welcoming.

They told the Brits, who turned up wearing sticky-taped old diving suits: “Don’t expect us to rescue your bodies if you die in there.”

The drama began after driving monsoon rains arrived a month early, and the current they created in the underground network of tunnels and caves was so powerful that on most days diving through them was impossible, even for John and Rick.

When the torrents did subside, Rick says: “We were using our fingers to claw ourselves along the sandy bottom.

“Our fingers and the backs of our hands were cut to shreds.”

They could only find their way via a rope line because the visibility was so poor that they couldn’t even see light three inches in front of their eyes.

On an early exploration the pair thought they had found the boys, but in fact they were four trapped pump operators aiding the rescue who no one even knew were missing.

When the waters continued to rise, Rick and John began to lose hope, and even asked about booking flights home, so certain were they that the boys would be dead.

Rick admits: “We didn’t see how the water would recede. We were wrong. But miraculously it did stop raining.”

On July 2, nine days after the boys had gone missing, the two were two and a half miles into the murky subterranean world, with their air supplies beyond acceptable safety margins, when they smelled signs of human life.

John says: “In a heartbeat, having smelt the foul odour in that chamber, we knew something was there and both Rick and I feared the worst. We thought we’d be smelling decomposing bodies.”

Then he saw the football team perched on a rocky ledge, and in video of the dramatic moment he says: “Believe, believe.”

John recalls: “I really had to give myself a talking to, which is what you hear on the camera — me saying, ‘Believe’, because I had to believe what was happening. It was unbelievable.”

Yet if finding the boys had been hard, getting them out alive would be a far more difficult prospect.

Rick’s equipment registered only 15 per cent oxygen levels in the cave, three per cent below what is regarded as the minimum to sustain human life, and once the monsoon season truly kicked in, there would be no way of swimming back there.

That point was proven when four Thai SEALs carrying food supplies to the stuck team became stranded as well.

The SEALs had nearly drowned when they panicked after less than a minute underwater during Rick and John’s rescue, so the Brits knew they couldn’t get the boys to swim for more than two hours.

Back outside, they assembled a six-man team, including Australian doctor Richard Harris, to help them bring out four boys a day over the next three days.

When Rick told Dr Harris he wanted him to put the boys to sleep, the medic texted back: “Sedation is not an option.”

After being won round, the Aussie had to secure immunity from prosecution because he was the one injecting the boys with potentially deadly substances.

And the British embassy was still worried. Rick says: “There was an extraction plan to drive us along back roads — all very James Bond-esque.”

Three of the first four boys made it out fine, but the one who Rick was with was barely breathing and had turned blue.

Then just as they were about to give him mouth-to-mouth resuscitation, he came round.

After getting the 12th boy out alive, John says he was just relieved he didn’t have to tell their parents: “Sorry for your loss.”

Afterwards, while the pair were getting back to their day-to-day lives in Britain, Apollo 13 director Ron Howard started formulating plans to make a film about them.

John jokes: “I originally suggested to him that Rowan Atkinson could play me and he looked very sternly at me and said, ‘We are not making that kind of movie’.

“The worst case with Colin Farrell is that I become hunky and Irish — and I can very much live with that.”

Rick jokes about The Lord Of The Rings actor Viggo, who spent a lot of time speaking to him to get his mannerisms right: “He is a more accomplished me than me.”

Remarkably, none of the rescued boys has been put off venturing into the dangerous caves.

Rick reveals: “Certainly some of them go in the caves. They go with Vern, they go with Amp. I believe four of them went on a trip that lasted for 24 hours recently.

“They went in there for fun and they still go in for fun.” Met Police officer ‘raped woman as she told him to stop 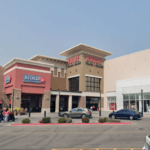 One person in custody after shooting reported in Idaho

Global news and Local news in Thailand and Pattaya with Business advertising
Copyright © AX Media Thai Co Ltd 2023. All Rights Reserved.
FacebookTwitterInstagramLinkedin
error: If you would like to use this content, please contact us [email protected]ttayaone.news