An Isaan country girl has gone on Facebook to moan about life with a foreign man abroad.

It is just not the bed of roses that she imagined.

Everything is not laid on for her all day so she can sleep and eat.

She explains in North-Eastern dialect as a warning to others:

She has to take responsibility for herself. She has to look after her own child. Things are not done for her – there appear to be no maids in Meuang farang (“Farangland”) There are no regular handouts of cash and gifts.

“What’s more – things are expensive – and I mean expensive,” she says. “What you can find in the markets of Isaan to eat for five or ten baht costs 100 baht.

“There are none of the things that we can find for free growing in the wild.

“A dinner at a restaurant that might cost 100 or 200 in Thailand is 1,000 baht ahead. It sets you back 6,000 for the family to eat”, said the unnamed woman who was wearing a T-shirt indicating she might be in Germany.

She continued: “It’s not “sabai, sabai” like Thailand. In Thailand, everyone calls each other auntie or uncle, brother and sister – not here”.

Pictures of the woman looking pregnant on a beach probably in Thailand went with the Phenkhao article.

Phenkhao chipped in that marrying a farang (white Caucasian) was the dream of many Thai women. They thought it meant an easy and comfortable life that would help to raise the standard of living of those left back home in Thailand.

But, they added, the fact is many Thai women find out it is just a dream. Reality is different. 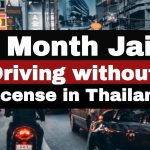 Update: 50k baht fine and 3 months jail for driving without a license 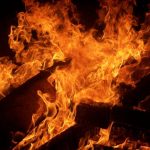 Man seriously injured after burning his own house down