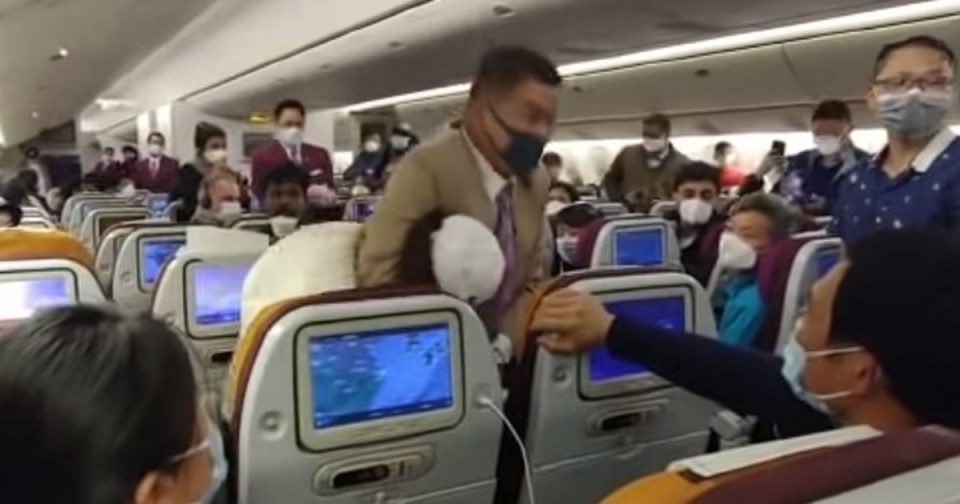 A Chinese woman on a Thai Airways plane was put in a headlock and pinned to her seat by cabin crew after she allegedly deliberately coughed on a flight attendant during an extended seven-hour delay at Shanghai airport.

The incident took place on Friday, March 6 on a Bangkok-to-Shanghai flight.

Seven-hour delay after plane landed due to stringent checks

The incident occurred after the flight had already landed at Shanghai’s Pudong International Airport.

However, passengers were not allowed to disembark and were left waiting on board the plane for seven hours to be allowed off, due to tightened coronavirus screening procedures causing a backlog at the airport.

According to the passenger who uploaded the video, the Chinese woman coughed on the female flight attendant to try to get cabin crew to open the door.

“Senior male flight attendant was having none of it, warned her, then a scuffle ensued,” wrote the video’s uploader.

“He was going to put her in cuffs, but eventually chose not to.”

Thailand’s Channel 7 spoke to Thai Airways, and it was confirmed that the incident occurred on March 6 on flight TG664 from Bangkok to Shanghai.

A spokesperson said the plane landed safely at the airport.

Ground staff then notified those on board the plane that all passengers and staff would be required to undergo intensive screening procedures.

But due to a backlog, it would be seven hours before they could leave the flight. 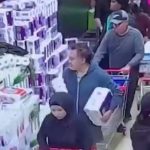 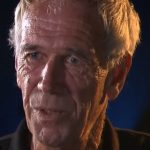