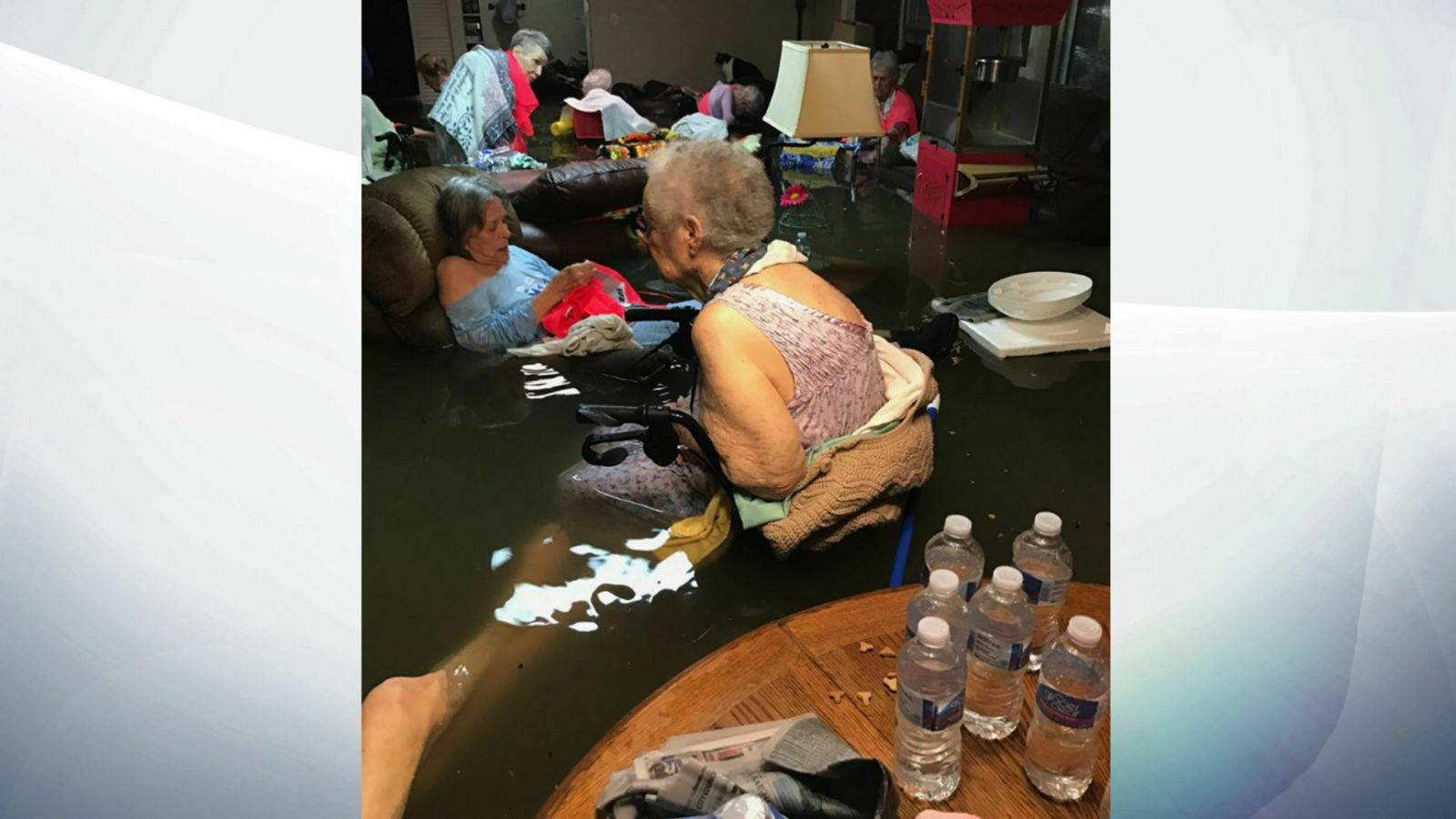 A shocking photo shows care home residents sitting in rising floodwaters, as forecasters warn further rainfall is on the way.Fifteen pensioners have been rescued from a nursing home in Texas after flooding from Tropical Storm Harvey left them trapped in waist-high waters. Timothy McIntosh posted a shocking photograph that showed elderly residents of the La Vita Bella facility “almost underwater”. He appealed for the emergency services to rescue the pensioners “as soon as possible”, and their case was swiftly prioritised after his plea garnered thousands of retweets. Questions had been raised about the photo’s authenticity, but officials later confirmed that everyone inside the building had been airlifted to safety. The picture had been sent to Mr McIntosh by his mother-in-law Trudy Lampson, who owns the care home in the city of Dickinson. Many of the people living there are wheelchair bound and reliant on oxygen. Harvey made landfall as a Category 4 hurricane late on Friday evening, but has since been downgraded to a tropical storm. Devastating flooding has hit many areas of Texas, including Houston, the fourth-largest city in the US. Rising floodwaters have sent thousands of people to rooftops and higher ground, and overwhelmed rescuers have been struggling to keep up with constant calls for help. Further downpours are expected in the coming days, and forecasters say a year’s worth of rain may have fallen by the end of the week. Sky News