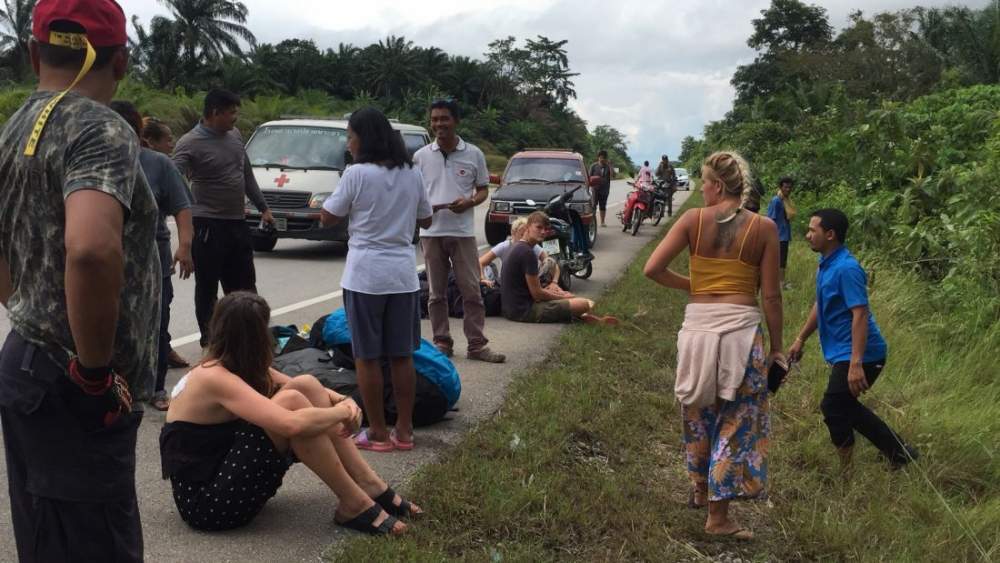 Plai Phraya police were notified that a passenger minivan had veered off the road and flipped over on the Southern Sea Road at about 2pm.

When emergency responders arrived they found a minivan off the side off the road in a deep ditch. 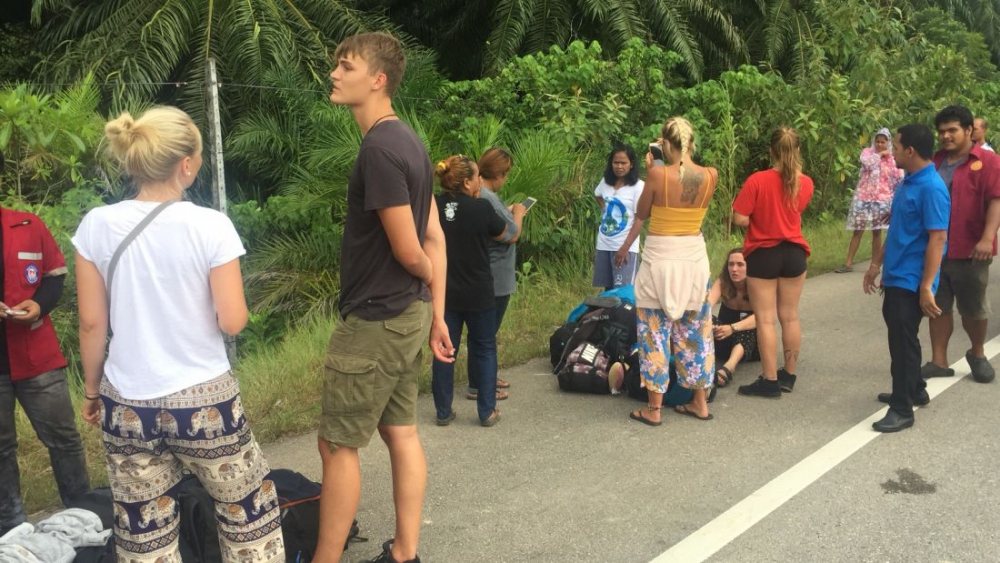 Eight foreign tourists and two Thais had all sustained injuries – some just scratches, others more serious.

Two of the female tourists had sustained head injuries and were taken straight to Plai Phraya Hospital, while the other passengers were initially transferred to another minivan. 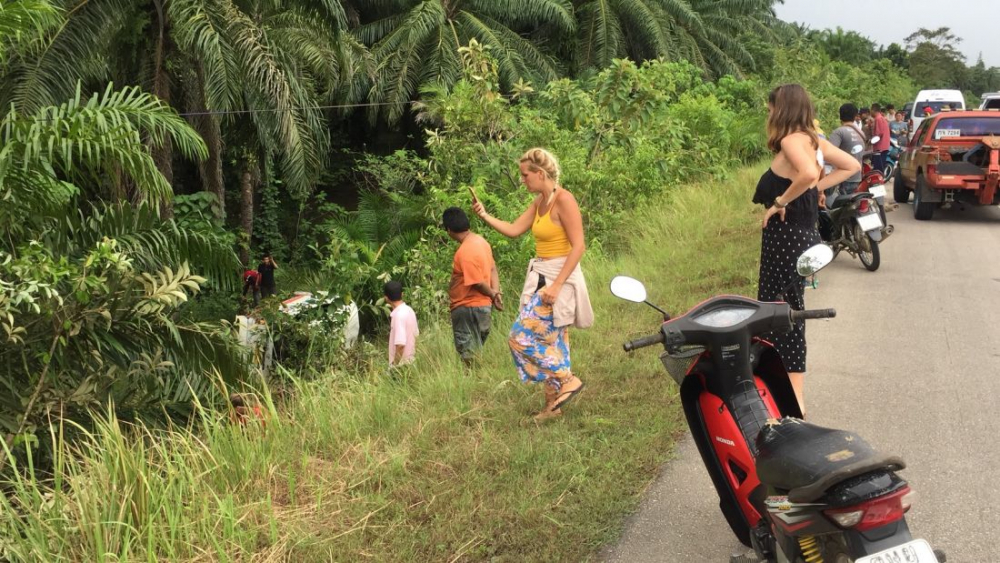 The driver of the van, 35-year-old Komsan Janthong, sustained minor injuries and told police that he had been heading to Krabi from Koh Samui in Surat Thani.

He said that when he got to the scene of the accident, he had lost control and careered into a deep depression on the side of the road.

Police believed the driver might have fallen asleep at the wheel.

They were speaking to some of the passengers and planned to continue their investigation. The injured passengers, who were taken to hospital, were said to be in a stable condition.

Street dog dies, others in veterinary care after shooting by unknown attacker in Rayong