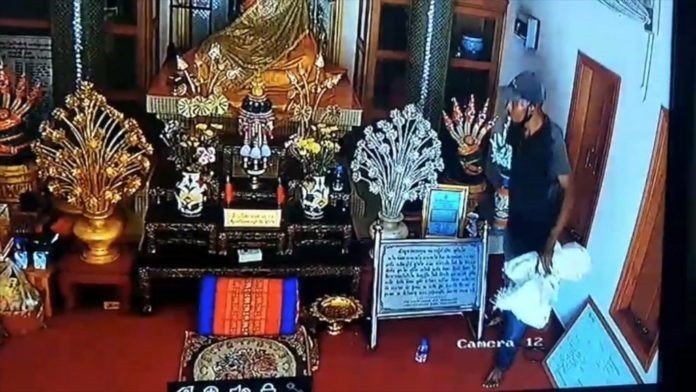 As the consequences of the Thai government’s COVID mis-management become apparent, temple donation boxes are being targeted as a source of quick and easy cash by some desperate people.

Across the Kingdom temples are beefing up their security arrangements as the, once unthinkable, prospect of robbery becomes a reality.

Wat San Pong Yang in Mae Rim is the latest a victim of a walk-in theft, according to its abbot who took footage from their newly installed CCTV to police last night.

Images revealed a man in his mid-thirties breaking into the temple’s sacred cash donation box.

In this case the box was particularly full, he said, after an appeal to the faithful to help pay the monk’s electricity bills.

The temple’s abbot said that the box had already been broken into earlier this year, with 5,000 baht stolen, and that was when he decided to install the CCTV cameras.

Police say that the footage is clear enough to identify the thief and will be arresting him soon. 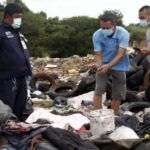 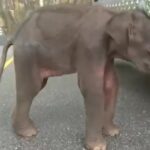