An English teacher in Nakhon Pathom is being investigated over accusations he sexually assaulted male students in exchange for giving them passing grades.

Education Minister Nataphol Teepsuwan ordered the Office of the Basic Education Commission (Obec) to launch legal action against the unnamed teacher after receiving a report of sexual harassment at the school, according to Amnat Wichayanuwat, Obec secretary-general.

Dr Amnat said the accused teacher had been transferred to the Secondary Education Service Area Office 9 pending a hearing by a Provincial Education Office disciplinary panel.

If the probe confirms that the sexual assaults took place, his licence will be revoked permanently, he added.

On Feb 28, some 20 male students in Mathayom 3 (Grade 9) informed the school’s deputy head that they had been sexually assaulted by the teacher in exchange for improving their failing grades in English, a school source said.

The school launched a probe into the allegations and had students sign the resulting report before filing it with the Secondary Education Service Area Office 9, a source said.

The case has caused uproar on social media after a photo of the accused teacher was posted on the “Kum Karn Suk Sa Prue Kwam Pen Thai” (Education for Liberation of Siam) Twitter account.

“The male school teacher ordered male students who did not pass the exam to retest again in the room one by one. The teacher would sit near the students and touch their genitals, while some were bitten on the back and kissed. The students were forced to tolerate the assaults in exchange for better grades,” the group tweeted. 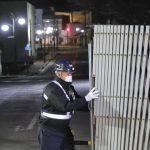 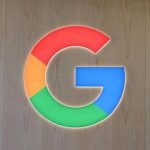 Google cancels its biggest developer conference due to Covid-19