While all malls and grocery chain stores will stop offering disposable plastic bags for one day next week, one of the nation’s biggest retailers is taking it a step further.

Starting Dec. 4, Tesco Lotus will replace the plastic bags it offers customers with paper at all of its roughly 2,000 stores. The store will also encourage customers to bring their own cloth bags.

The move coincides with a one-day campaign by several department and convenience store chains on Thailand’s Environment Day in an effort organized by the environmental ministry. The participating firms include 7-Eleven, Central, Makro, Foodland, Robinson, Big C and Tops.

Stories of dying marine life, massive toxic waste dumps and environmental degradation have made plastic bag use a pressing issue this year, with calls for commercial interests to show responsibility.

In the meantime, retailers and malls such as Tops, Robinson, Big C have been urged to offer points and discounts to customers who refuse plastic bags. It was announced in June that all national parks would ban plastic and styrofoam containers, though enforcement appears lacking. 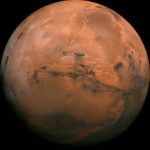 THAI GOVERNMENT BEING URGED TO LEGALISE E-CIGARETTES AND VAPING