Sweden is poised to join the Nato military alliance as early as this summer.

European countries which have remained outside the bloc have been weighing up overhauling their defence policies in response to Russian aggression against Ukraine.

Leaders in Stockholm have made up their minds, according to reports in Swedish media, and will apply for membership in the coming months.

Prime minister Magdalena Andersson and other party leaders have decided their ‘goal is for Sweden to join NATO in June this year’, the SVD outlet reported.

It could pave the way for Finland, which borders Russia, to do the same, potentially teeing up a tense situation on the continent’s eastern flank.

Sweden and Finland are in a minority group of six that are members of the European Union but Nato, along with Austria, Cyprus, Ireland and Malta.

A senior Nato leader made it clear to both countries that the door was open to them amid reports both are prepared to reassess long-standing foreign policy stances after the Ukraine invasion.

Admiral Rob Bauer, chair of the military committee, said on Tuesday that it is the sovereign right of countries to decide if they want to ask to become members.

Speaking to reporters in Seoul, Bauer said Nato was not a demanding association, and had not pressured any state to join, or for any countries to provide weapons to Ukraine.

Anonymous US officials said Vladimir Putin has made a ‘major strategic blunder’ by pushing countries who have rejected Nato for decades towards joining.

The alliance’s expansion into areas formerly within Moscow’s sphere of influence and Ukraine’s desire to join are a key factor behind the ongoing war.

Discussions about both Sweden and Finland becoming members have been ‘a topic of conversation and multiple sessions’ involving Nato leaders, an official told The Times earlier this week.

Finland’s prime minister Sanna Marin has confirmed she is considering applying, saying ‘Russia is not the neighbour we thought it was’.

Speaking to reporters in Stockholm where she is holding talks with her Swedish counterpart, the Finnish leader said: ‘There are different perspectives to apply (for) Nato membership or not to apply and we have to analyse these very carefully.

‘But I think our process will be quite fast, it will happen in weeks.’

The Kremlin has already signalled its anger at prospect of the alliance growing further and increasing its footprint along Russia’s Western border.

On Monday, Mr Putin’s spokesperson Dmitry Peskov said: ‘We have repeatedly said that the alliance remains a tool geared towards confrontation and its further expansion will not bring stability to the European continent.’ 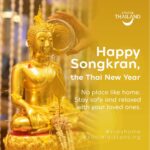 Best wishes to all for Songkran 2022 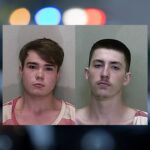