Suvarnabhumi International Airport has implored the general public not to release fiery sky lanterns in and around the airport.

Anan Wangchingchai , the deputy director of the airport, said flying lanterns, balloons, and fireworks will not be allowed within the eight-kilometer radius during the annual Loi Krathong festival.

Should there be a need for activities that will disrupt aviation, he said they must be reported and approved by the Civil Aviation Authority of Thailand (CAAT) seven days in advance

Launching floating lanterns into the sky is a common practice of the annual Lanna-style Yi Peng festival which coincides with the famous Loi Krathong celebration.

In the meantime, the Ministry of Interior has sent letters to all provinces, asking provincial governors to issue safety regulations against flying lanterns, firecrackers, fireworks, flying rockets, balloons, and celebratory activities that could cause fatal injuries. 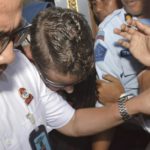 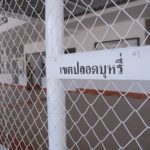