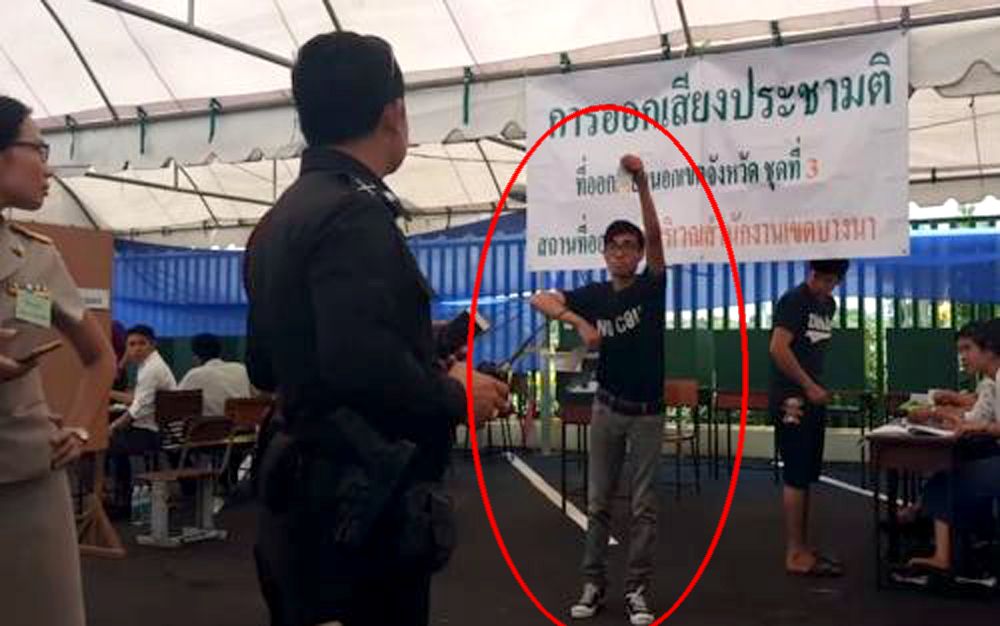 Three activists on Wednesday were sentenced to four months in jail, reduced to a two-year suspension, for tearing up ballots during the junta-controlled constitutional referendum in August 2016.

They were accused of breaking the referendum law, which was seen as targeting protesters against the junta’s charter draft.

The law prohibited the public and media from discussing the vote.

Handed out by the Appeal Court, the punishments were revised and increased from those of the civil court back in September 2016, when Piyarat Jongthep was sentenced to two years in prison and a Bt2,000 fine, reduced to a one-year suspension.

Jirawat Ekakkharanuwat and Songtham Kaewpanpreuk, who filmed Piyarat’s tearing up the ballot paper outside the voting booth in Bangkok’s Bang Na district, were earlier acquitted of the charges.

Apart from the referendum bill’s Article 59 and Article 60, which punished those damaging ballots and obstructing voting, the three were also accused of breaking the Criminal Code’s Article 188 on damaging documents and Article 358 on damaging public property.

The Appeal Court initially sentenced them each to six months in prison but later reduced the sentences, saying they provided useful testimonies.

The activists, while reaffirming that they did not instigate any disturbance, said they would consider whether they would pursue the case in the Supreme Court, according to their lawyer Krisadang Nutcharas.