Home » Superyachts worth £605million seized by the West 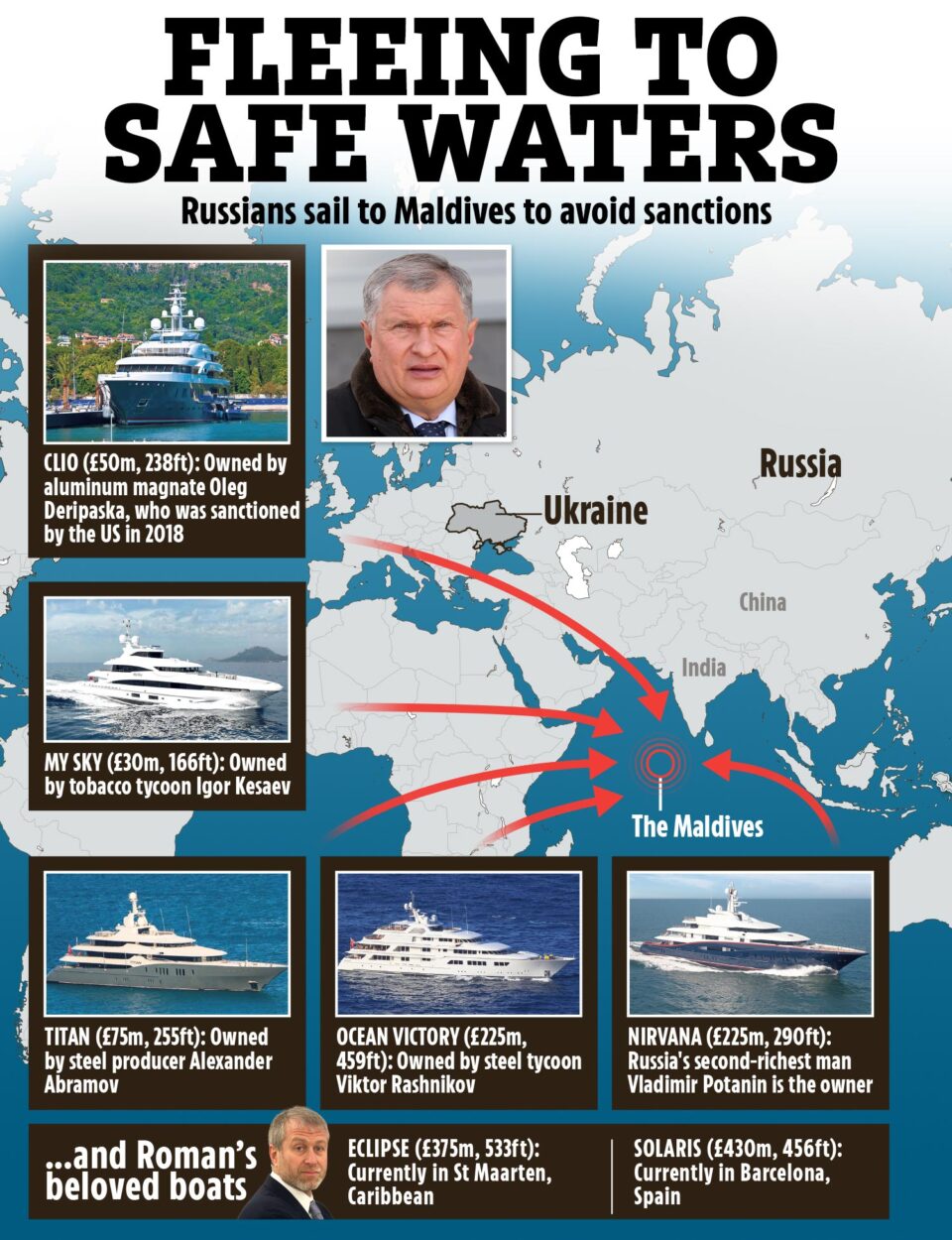 Usmanov, who has been bankrolling Everton FC, had a travel ban imposed and his assets frozen.

Igor Shuvalov, 55, the chairman of Vnesheconombank and former Russian deputy PM, was also hit with sanctions.

The move against the pair, worth a combined £14billion, came as other oligarchs fled in their luxury boats to the safe haven of the Maldives.

The luxury multi-million pound vessels were in hiding last night in the territorial waters around the Indian Ocean paradise.

There, they are free from US extradition treaties as the West turns on the pressure over Putin’s brutal invasion of Ukraine.

Five luxury boats, worth £605million and owned by some of Russia’s richest and most powerful men, were yesterday sailing safely around the islands.

And more are expected to join them in the coming days.

But before Britain yesterday added Usmanov to the sanctions list, Germany impounded his £437million, 512ft Dilbar yacht at a yard in Hamburg.

His firm has sponsored Everton’s training ground and he had exclusive naming rights on the club’s new stadium. Usmanov, 68, also owns Beechwood House mansion in Highgate, North London, worth an estimated £48million, and the 16th century Sutton Place country estate in Surrey.

But he can no longer visit either of them or sell up.

Shuvalov’s assets in the UK include two luxury apartments in central London worth an estimated £11million.

The Foreign Office said he was a “core part of Putin’s inner circle, and headed up Russia’s bid for the 2018 Football World Cup.” No British citizen or business can deal with them.

Boris Johnson said: “For as long as Putin continues his barbaric attack on innocent Ukrainians, we will continue to exert every power we have to inflict maximum economic pain on Putin and his war machine.”

Foreign Secretary Liz Truss will also establish an Oligarch Taskforce of Ministers to clamp down on the rogue agents.

She said: “Our message to Putin and his allies has been clear from day one — invading Ukraine would have serious and crippling economic consequences.

“Sanctioning Usmanov and Shuvalov sends a clear message that we will hit oligarchs and individuals closely associated with the Putin regime and his barbarous war. We won’t stop here. Our aim is to cripple the Russian economy and starve Putin’s war machine.”

The Foreign Office added that Britain would continue to ratchet up pressure and use sanctions to “degrade the Russian economy on a scale that the Kremlin, or any major economy, has never seen before”.

But still Chelsea owner Roman Abramovich, 55, who has put the club on the market, is not being sanctioned.

His pledge to give away net proceeds of Chelsea sale was branded meaningless spin, by Britain’s security minister Damian Hinds. He claimed: “You can define net proceeds in different ways as any corporate financier would tell you.”

Dominic Raab said the UK stands ready to throw Putin into a British jail if he is found guilty of war crimes.

The Deputy PM warned the Russian despot and his generals face “the dock of a court in The Hague and prison” for their slaughter of innocents.

Mr Raab added: “However long it takes, if you commit a war crime on Ukrainian soil expect to be held to account.”

The International Criminal Court is investigating Russia for war crimes.

Mr Raab, who used to prosecute war criminals, promised Britain will help the ICC in whatever way they need. He added: “We do that by supporting the court on everything from information cooperation, witness relocation, forensics to sentence enforcement.”

Sechin, chairman of oil group Rosneft, was President Putin’s deputy PM for four years and is considered a close confidants.

His Amore Vero vessel was stopped in the Mediterranean port of La Ciotat near Marseille, where it had been since January 3.

The owners of the five superyachts in the Maldives are aluminium magnate Oleg Deripaska, 54; Russia’s second-richest man Vladimir Potanin, who is worth £20billion; steel magnate Viktor Rashnikov, 73; steel producer Alexander Abramov, 63; and tobacco tycoon Igor Kesaev, 55. Abramovich is known to have four megayachts.

Usmanov, dubbed one of Putin’s “favourite oligarchs”, had his firm’s “commercial sponsorship arrangements” with Everton suspended on Wednesday.

Everton reiterated yesterday it had cut ties with his companies, hitting out at the “appalling events unfolding in Ukraine”.

A statement said: “The club can confirm it has suspended all commercial sponsorship arrangements with the Russian companies USM, MegaFon and Yota.”

The club removed MegaFon signs overnight after it suspended commercial ties to him on Wednesday.

USM began a five-year sponsorship of Everton’s training ground worth about £12million per year in 2017. It also paid £30million for a first naming rights option on the new stadium.

All you need to know about Russia’s invasion of Ukraine 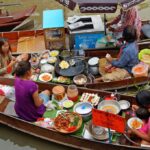 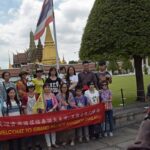