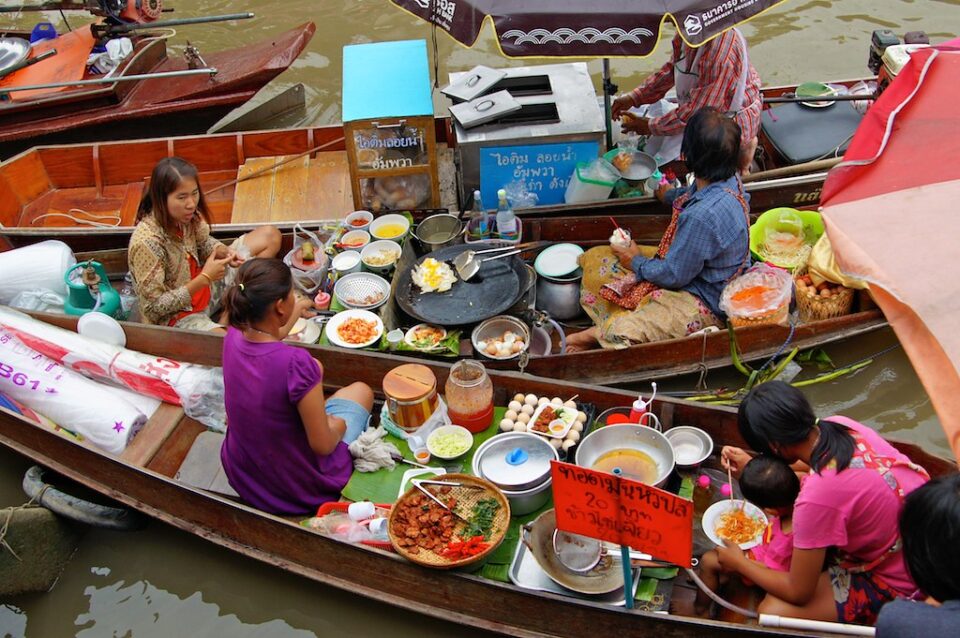 Prime Minister Prayut Chan-o-cha ordered his advisory team and related state agencies on Thursday to map out measures to ease household debt and the cost of living, as well as accelerate infrastructure development and stimulate investment in the Eastern Economic Corridor (EEC).

According to government spokesman Thanakorn Wangboonkongchana, the premier called a joint meeting with his advisory team headed by Thosaporn Sirisamphand, former secretary-general of the Office of the National Economic and Social Development Council (NESDC), and Deputy Prime Minister Supattanapong Punmeechaow to discuss measures to assist low-income earners affected by soaring oil prices and the rapid spread of Omicron.

Mr Thanakorn said Gen Prayut is concerned about the hefty level of household debt, which is likely to increase as living costs rise, in part because of the escalating conflict between Ukraine and Russia as well as the rapid spread of the Omicron variant.

“Gen Prayut is scheduled to call a meeting soon with state banks and representatives of the Thai Bankers’ Association to ask for additional measures to help reduce household debt,” said Mr Thanakorn.

Mr Supattanapong has been tasked with responsibility for this issue, said Mr Thanakorn.

The NESDC reported on Feb 28 overall household debt had reached 14.4 trillion baht in the third quarter of 2021, up 4.2% year-on-year, but down from the 5.1% increase recorded in the previous quarter. The lower gain was attributed to a slowdown for all loan types.

The ratio of household debt to GDP stood at 89.3%, unchanged from the second quarter.

The NESDC warned that household debt is likely to rise in such periods because high-income households or people who have not been affected by the crisis are more likely to incur debt, particularly auto loans.

“Gen Prayut agreed in principle on cash handout plans to ease the impact of rising oil prices for low-income earners, including motorcycle taxis,” he said.

The premier also ordered related agencies to speed up investment in both the government’s infrastructure projects in the EEC and private investment, said Mr Thanakorn.

In a separate development, Sanan Angubolkul, chairman of the Thai Chamber of Commerce, warned that entrepreneurs should pay special heed when accepting purchase orders and payments during this period as there are potential payment difficulties after some Russian banks were barred from the SWIFT international payment system.

He does not expect local entrepreneurs will face a direct impact from the Russia-Ukraine crisis, as bilateral trade between Thailand and the two countries is insignificant.

According to Mr Sanan, as chamber has assessed the following Thai businesses as most likely to be hard hit from the conflict: animal feed; steel; car tyres; food and processed food; small businesses, especially cosmetics and jewellery as Russia is a major client; and tourism and services.

“The Thai chamber forecasts the Russia-Ukraine crisis will last a long time,” he said.

“In the short term, the direct impact is unlikely to be significant, but the indirect effect on Thailand is a key area of concern as the crisis will affect global oil prices. We expect global oil prices will exceed US$120 per barrel, resulting in an increase of about 5-7.5 baht per litre in domestic oil prices.”

According to Mr Sanan, the indirect effect will eventually weaken overall consumer sentiment and cause consumers to be more  cautious in their spending.

Man ‘threatened to cut the gay out of his brother 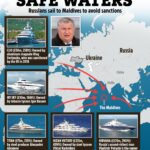 Superyachts worth £605million seized by the West