This season started so well for Chelsea and their new chain-smoking and gum chewing manager Maurizio Sarri. Five straight wins and Chelsea fans must have been thinking about a Premier League title start for their new boss. Plus they had a playmaker in midfield called Jorginho. Sarri’s boy who followed his former boss from Napoli for £55M plus 7M in add-ons.

Then The Goals Started To Dry Up!

Chelsea remained unbeaten up to the November 24th and during that time they won eight games, drew four, scored 27 goals and conceded eight. They were up the top of the table with Manchester City and Liverpool who, in many experts eyes, were the only two teams that could possibly win the title. But the Chelsea faithful might have believed differently especially as Liverpool needed a late equaliser at Stamford Bridge where they also beat City 2-0 later on.

During the next 14 games, Chelsea won seven, lost six, drew one, scored 18 goals and conceded 21. The goals for column is distorted by their 5-0 win against Huddersfield. For most of the 14 game period, they were averaging one goal after every 90 minutes.

Sarri and Jorginho Under Pressure

Murmurs of discontent have reached crescendo status with many fans and experts totally amazed by stubborn Sarri’s reluctance to drop his number five and play, possibly the world’s best defensive midfielder N’Golo Kanté in his correct position. Kanté’s not the type of player to complain. He’ll keep running and smiling as if propelled by a Duracell battery. But surely he must be wondering what’s going on. Other players, put in ‘Fish out of Water’ positions, might well have knocked their manager’s door down by now.

Meanwhile, Jorjinho continues to rack up passes as if they’re going out of fashion. But they’re not leading anywhere. His number five could be his performance rating and some might say that’s being generous.

With Sarri, now a firm favourite in the Premier League’s next manager to be sacked sack race, the great Zinédine Zidane is believed to have been sounded out about taking over. He’s done it as a player and a manager and should have no problems motivating the players. A task that Sarri admitted he can’t do.

Europa League To The Champions League

After the thumping defeat to Bournemouth, 4-0, and the total public annihilation by Manchester City, 6-0, Chelsea have now slipped out of the top four and must be in Wolves sights who are eleven points behind them in seventh place. Yes. In between Chelsea did hit five against Huddersfield but that doesn’t really count.

What counts now is the Europa League playoff game first leg against Malmo tonight at the Swedbank Stadion. To make sure of a place in next season’s Champions League Chelsea have to win the Europa League

If you have any questions or comments please follow the links below: 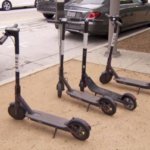