A research team from Juntendo University and others is this month starting a clinical trial to regenerate bones and organs damaged by periodontitis, commonly known as gum disease, using patients’ own stem cells and blood components.

Periodontitis, which causes the collapse of bones under the teeth, affects an estimated more than 3 million people in Japan.

According to the researchers, damaged bones that support teeth were mostly restored in experiments they conducted on animals. They expect to get similar results in humans, and aim to put the treatment into practical use in two years.

No effective treatment for periodontitis has been developed to date, and it is known to have negative impacts on other conditions such as diabetes and arteriosclerosis.

Juntendo will conduct the clinical study in partnership with Nihon University, Aichi Gakuin University and others.

The researchers will mix adipose-derived stem cells, which are extracted from patients’ subcutaneous fat, and platelet-rich plasma (PRP), which are extracted from patients’ blood. The mixed cells will be transplanted into affected areas to induce the restoration of bones and other organs. The team plans to transplant the cells into 10 patients and examine their safety and effectiveness.

In experiments using dogs, about 80 percent of their damaged bones were restored in two months, according to the researchers.

Morikuni Tobita, an associate professor of Juntendo University said, “There is a treatment in which only PRP is injected into damaged areas, but its effectiveness is not fully confirmed. We want to confirm the safety and effectiveness of our new treatment, and provide it for less than ¥500,000 (about $4,500).”

Shunsuke Baba, a professor of Osaka Dental University said, “(The method) is full-fledged dentistry clinical research using cells. It will make history if we can use them at low cost.” 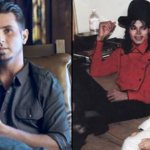 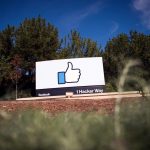