Defence Forces chief Pornpipat Benyasri on Thursday asked people across the country not to leave home during this weekend in a bid to stem the rapid rise of coronavirus cases.

The general, who is in charge of security for the Covid-19 Administration Centre, warned a curfew is inevitable if his call falls on deaf ears.

“We should control ourselves instead of being forced to by the state,” he said.

His call followed a sharp rise of new virus infections, which surpassed the 1,000 mark for the first time on Thursday after the country reported 111 new cases.

Gen Pornpipat has been assigned for security affairs under the Emergency Decree that gave Prime Minister Prayut Chan-o-cha full control of anti-virus measures.

He said people have to change behaviours and stay home before case numbers leapfrog and the situation is out of control. He estimated the number of cases could be between 7,000 and 10,000.

“We need your cooperation this coming Saturday and Sunday not to leave home and cancel all activities,” he said. “Stay home for the sake of the nation.”

All businesses have time on Thursday and Friday to adjust weekend schedules, he added.

Gen Pornpipat warned if the number of new cases continues to jump, a curfew is inevitable and it could include daytime since the virus never stops spreading.

Security authorities set up 359 checkpoints in the provinces and seven in Bangkok to screen travellers on Thursday to contain the spread. 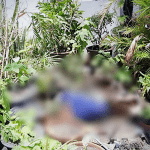 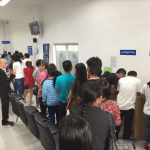 Mark KellyJuly 9, 2020
Thailand is hopeful of hosting its postponed MotoGP race in November after a delay caused...
END_OF_DOCUMENT_TOKEN_TO_BE_REPLACED