‘We had conversations amongst ourselves, we met with George Lucas before writing the script’

Star Wars fans the world over have been eagerly discussing the new trailer for Episode IX, officially titled The Rise of Skywalker.

One particular moment of intrigue comes towards the final moments of the new footage – when a recognisable cackling laugh can be heard.

That laugh – as many avid fans have already worked out – belong to the saga’s main villain, Emperor Palpatine, played by Ian McDiarmid. Following the trailer’s debut at Star Wars Celebration, McDiarmid came on stage to demand they play the trailer again.

Director JJ Abrams has since confirmed that Palpatine will be in The Rise of Skywalker and that Star Wars creator George Lucas may have played a role in bringing back the character.

Asked by IGN about Palpatine’s part in the film, Abrams said: “This movie had a very, very specific challenge, which was to take eight films and give an ending to three trilogies, and so we had to look at, what is the bigger story? We had conversations amongst ourselves, we met with George Lucas before writing the script.

“These were things that were in real, not debate, but looking at the vastness of the story and trying to figure out, what is the way to conclude this? But it has to work on its own as a movie, it has to be its own thing, it has to be surprising and funny and you have to understand it.”

Abrams added that the fact no-one leaked McDiarmid’s involvement with the project was “amazing”.

Overwhelmed fans react to Star Wars IX trailer
During the Celebration panel, Abrams made similar remarks about bringing the Skywalker saga to an end, saying: “This movie, in addition to being the end of three trilogies, it also has to work as its own movie.

“It’s about this new generation and what they’ve inherited, the light and the dark, and asking the question as they face the greatest evil, are they prepared? Are they ready?” 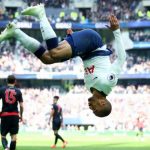