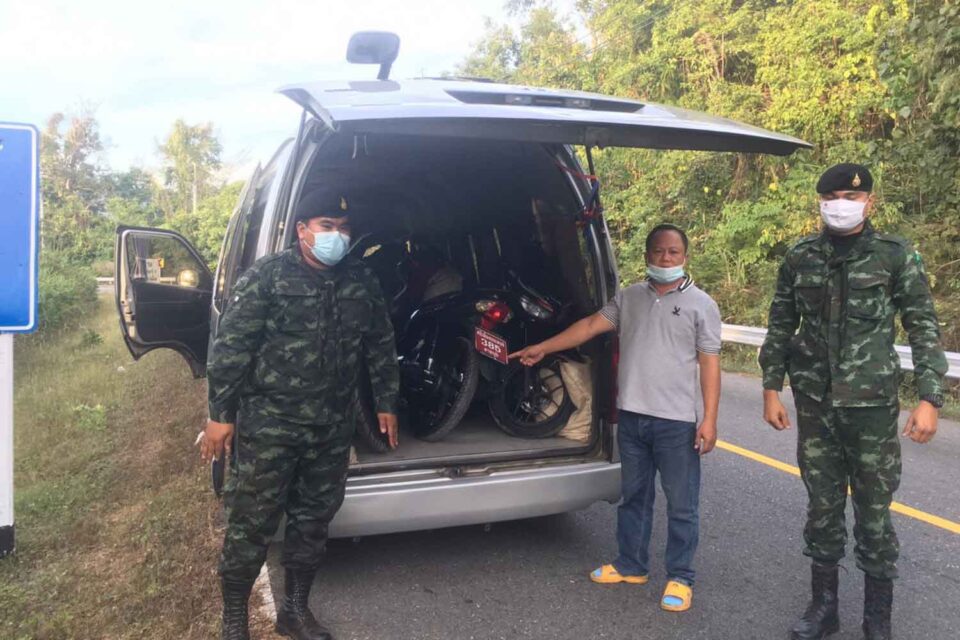 The seizure was made by a unit from the Surasee Task Force patrolling Highway 323 between Thong Pha Phum and Sangkhlaburi district.

They were following up an informer’s report that a number of motorcycles would be transported to Sangkhlaburi and smuggled across the border to Payathonzu sub-district in Myanmar.

A silver-bronze Toyota van matching the description given by the informant was spotted heading toward Sangkhlaburi and stopped about 6pm.

A man from Sangkhlaburi and woman from Sai Yok district of Kanchanaburi, whose identities were withheld, were in the van, which was also carrying five brand new motorcycles.

The two occupants, van and the motorcycles were handed over to Sangkhlaburi police. 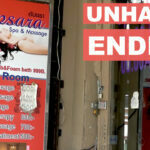 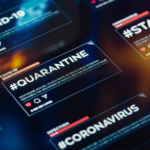 Emergency order this morning effective immediately for the Banglamung/Pattaya