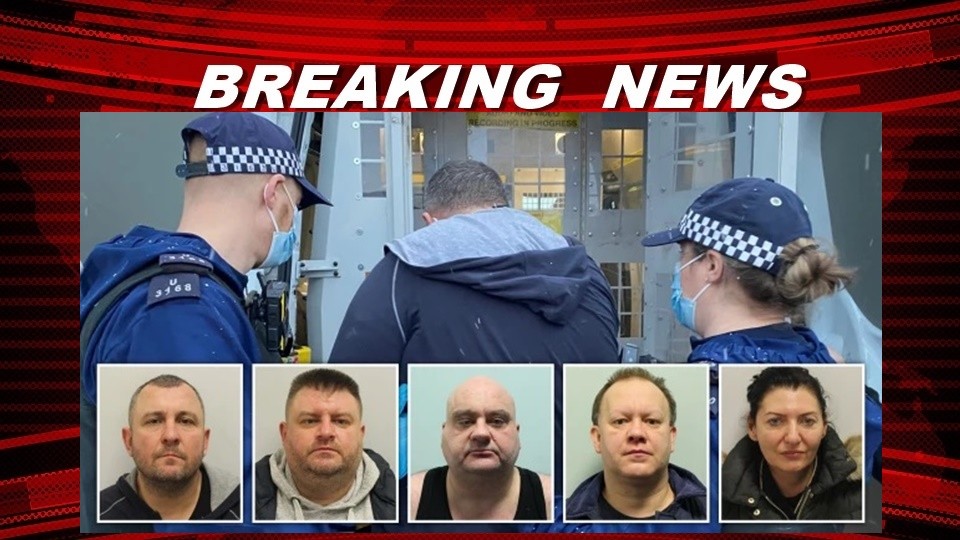 Five people have been jailed after a ‘courageous’ woman helped the Metropolitan Police bring down one of the largest modern slavery rings in England.

When Bella arrived in the UK at the age of 18, her dream was to find a better life for herself after a traumatic childhood bouncing between orphanages in Poland – not be sexually exploited and trafficked to clients at the West End.

Her name may have been changed to protect her anonymity but her story of how she helped save 134 women trapped in five brothels in London is very much true.

Today, Gregaor Borowka, 44, Sebastian Zimoch, 48, Michael Lozinski, 52, Rafal Lacki, 41, and Anna Zimoch, 45, were sentenced after a 10-week trial saw them convicted of conspiracy to arrange or facilitate travel of another person with a view of exploitation and conspiracy to control prostitution for gain.

Ahead of their sentencing, the now 21-year-old Bella told Metro.co.uk how the bosses of the organised crime group (OCG) forced her to ‘work like a machine all the time’.

If Bella rebelled against their orders, they beat her black and blue and starved her.

‘I never wanted to be there,’ she said. ‘The bosses were not good people. They beat us, they took advantage of us and stole our money.

‘I was forced to work like a machine all the time. Sometimes, I was not allowed to have showers because I had so many clients – one after another.

‘You have to listen to them, they control you and you have to do whatever they want.

‘If you don’t, you’re going to be in trouble. They can beat you very badly. That happened to me a few times. Or they don’t allow you to eat.’

While living at the brothel, her health also deteriorated. Whenever she threatened to go to the police, the bosses told her: ‘Who is going to believe a prostitute?’

Like many other modern slavery victims, Bella was an easy target for criminals as she had no family in England and had previously experienced homelessness.

Her clients were mostly much older men. Those who treated her the worst were Pakistani and Indian men ‘obsessed with young and blond Polish girls’.

Recalling painful events from the year and a half spent living in the brothel, Belle said: ‘I don’t really want to talk about all of the clients. Some of them treated me very badly.

‘The Pakistani and Indian clients treated me absolutely disgustingly. Otherwise, I did not have a big problem with clients, rather than the boss I was working for.’

One afternoon, she refused to provide sexual services to a client. After being told that ‘she did not deserve to eat’, Bella phoned 999 out of ‘sheer desperation and determination’.

As she tried to escape the brothel, a police car intercepted her and officers helped her.

Since then, she has been assisting the Met Police with their investigation into the trafficking of women from Poland to the south-east of England.

Their ‘business’ began in 2015, earning the gang hundreds of thousands of pounds over a six-year period.

It was run by the notorious husband and wife team, Sebastian and Anna Zimoch, who recruited Polish women over Facebook, promising them a better life.

Lacki was one of the main drivers for the OCG along with Borowka, who also worked as a receptionist for Golden Kiss escort services.

All defendants were arrested at their home addresses in February 2021, along with Lozinski whose home operated as a brothel.

Detective inspector Esther Richardson revealed that 134 women were safeguarded ‘thanks to the brave and courageous lady’.

Some 170 more women were identified as potential victims of trafficking.

It took 12 months and some 100 specially trained officers to piece together how the OCG operated. This extraordinary case then took another 10 months to bring to trial.

‘Victims of such crimes are complex,’ Ms Richardson told reporters during a briefing at Scotland Yard.

‘They have often endured years of trauma and may not necessarily identify as victims of exploitation.’

The detective said she was ‘satisfied’ the Met Police had dismantled the entire crime group.

Micheal Lozinski got seven years in jail, while Sebastian Zimoch was sentenced to eight years.

Gregaor Borowka was given three years and nine months and Rafal Lacki was sentenced to 18 months (time already served). 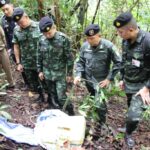 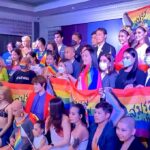