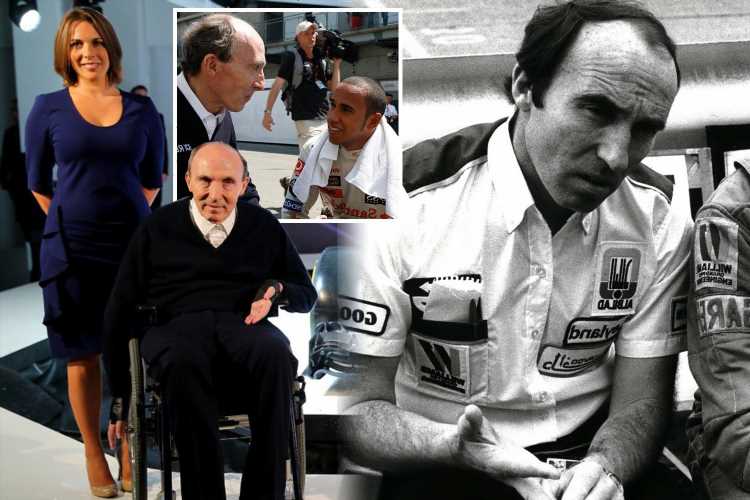 SIR FRANK WILLIAMS, founder and former team boss of the Williams F1 team, has passed away at the age of 79.

A statement from the Williams family said: “After being admitted into hospital on Friday, Sir Frank, passed away peacefully this morning (Sun) surrounded by his family”.

F1 chief Stefano Domenicali added: “This morning Claire Williams called to inform me of the very sad news that her beloved father, Sir Frank Williams had passed away.

“He was a true giant of our sport that overcame the most difficult of challenges in life and battled every day to win on and off the track.

“We have lost a much loved and respected member of the F1 family and he will be hugely missed.

“His incredible achievements and personality will be with etched on our sport forever. My thoughts are with all the Williams family and their friends at this sad time.”

Williams racer George Russell, 23, tweeted: “Today, we say goodbye to the man who defined our team.

“Sir Frank was such a genuinely wonderful human being and I’ll always remember the laughs we shared.

“He was more than a boss, he was a mentor and a friend to everybody who joined the Williams Racing family and so many others.”

Nicholas Latifi, 26, added: “RIP Sir Frank Williams. Such sad news. A huge loss for our sport and our team.

“It’s been an honour to represent your name on the world stage and we will continue to push hard to take the team back up the grid.”

Aston Martin F1 wrote: “We are incredibly saddened to hear of the passing of Sir Frank Williams, a man who defied the odds throughout his life and career to become one of our sport’s greatest icons.

“A wonderful man and a brilliant competitor, his legacy will live on. Rest in peace, Sir Frank.”

Williams was the last of one of Formula One’s great pioneers.

His name was proudly displayed across the doors of his F1 team since 1966 and during that team he achieved some notable success.

The Williams F1 team have notched up 114 wins, nine constructors’ titles and seven drivers’ championship titles during his reign.

He started out as a racing driver and mechanic before establishing his own team in Formula Two and Formula Three.

Williams made the step up to F1 in 1969 and the team finished twice on two occasions that season.

He was desperate to make the team successful but with limited resources his hands were effectively tied.

At one point he conducted his business from a telephone box after his phone was disconnect for unpaid bills.

A failed partnership with a Canadian oil company led to him setting up his new team in Grove in 1977, where they are still based today.

Working alongside his closest friend Patrick Head, they achieved their first victory in F1 in 1979 when Clay Regazzoni won the British GP at Silverstone.

The following season, Williams did the double and clinched the constructors and drivers’ championship titles.

However, the team suffered a tragic loss when the great Ayrton Senna crashed and died while driving for them at the 1994 San Mario GP.

Williams too suffered his own accident which resulted in him suffering a spine cord injury, which left him confined to a wheelchair.

He crashed a hire car in France in 1986 while he dashed to Nice airport to catch a flight back home.

Together they had two sons, Jonathan and Jamie, while their daughter, Claire took over running the F1 team in 2013 on a day to day basis until 2020 when the team was sold to investment firm Dorilton Capital.

“Sir Frank was a legend and icon of our sport. His passing marks the end of an era for our team and for the sport of Formula One. He was one of a kind and a true pioneer.

“Despite considerable adversity in his life, he led our team to 16 World Championships making us one of the most successful teams in the history of the sport.

“His values including integrity, teamwork and a fierce independence and determination, remain the core ethos of our team and are his legacy, as is the Williams family name under which we proudly race.

“Our thoughts are with the Williams family at this difficult time.” 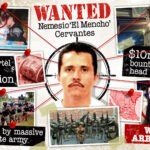 Drug lord El Mencho’s wife is ‘key to his BILLIONS’