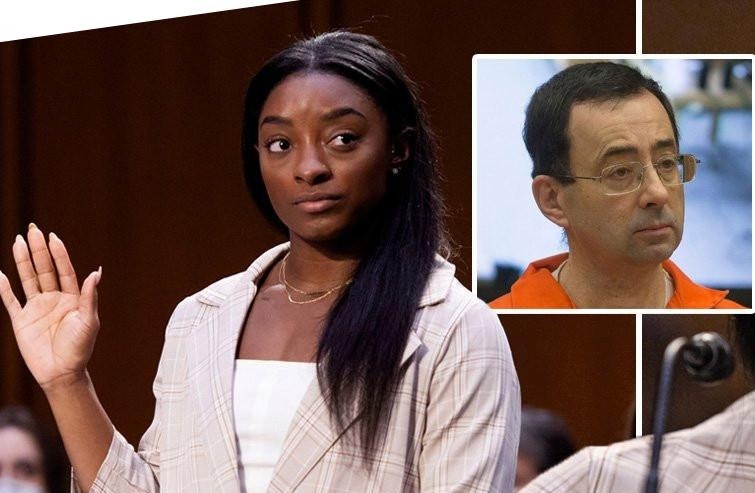 American Olympic gold medalist Simone Biles teared up as she shared her story on the sexual abuse she suffered at the hands of former Team USA gymnastics doctor Larry Nassar.

In her opening statement on Wednesday, Biles, 24, said she believes Nassar abused her and other gymnasts because organizations that Congress formed to protect athletes including USA Gymnastics and the United States Olympic and Paralympic Committee ‘failed to do their jobs’.

‘I don’t want another young gymnast, or Olympic athlete, or any individual to experience the horror that I and hundreds of others have endured before, during and continuing to this day in the wake of the Larry Nassar abuse,’ Biles said, with her voice cracking.

Biles was one of several female gymnasts that spoke before the Senate Judiciary Committee following a July Department of Justice inspector general report that determined the FBI mishandled the case against Nassar.Simone Biles breaks down in tears testifying on sexual abuse by gymnastics doctor Larry Nassar

Nassar, 58, was sentenced to up to 175 years in prison after more than 150 girls and women accused him of abuse.

Biles – who has won seven Olympic medals for Team USA and 25 world championship medals – said she read the report and felt that the FBI ‘turned a blind eye’ to her and fellow gymnasts.

‘We suffered and continue to suffer, because no one at FBI, USAG or the USOPC did what was necessary to protect us. We have been failed and we deserve answers,’ Biles said.

‘Nassar is where he belongs, but those who enabled him deserve to be held accountable. If they are not, I am convinced that this will continue to happen to others across Olympic sports.’

‘The first thing Larry Nassar ever said to me was to change into shorts with no underwear because that would make it easier for him to work on me, and within minutes, he had his fingers in my vagina,’ Maroney said.

FBI director Christopher Wray apologized to the gymnasts for the agency’s mishandling of the probe into Nassar.

‘I am deeply and profoundly sorry to each and every one of you,’ Wray said.

‘I am sorry that so many people let you down over and over again and I am especially sorry that there were people at the FBI who had their own chance to stop this monster back in 2015 and failed, and that is inexcusable, it never should have happened, and we are doing everything in our power to make sure it never happens again.’ 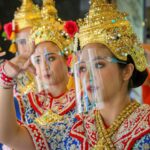 New guidelines for reopening Thailand in time for high season