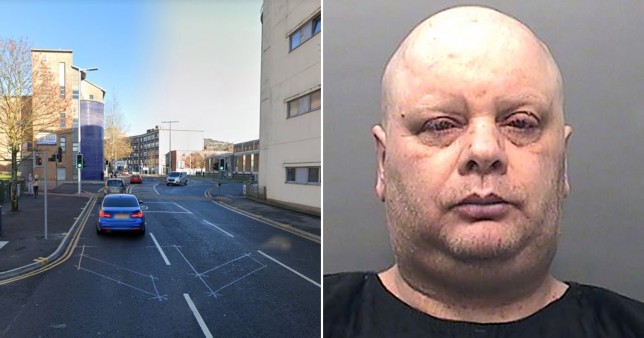 A man who has been blocking traffic in the middle of a busy road for the past seven years is refusing to cooperate with doctors.

David Hampson, 51, regularly makes a one-man stand against oncoming cars and lorries and keeps his mouth shut whenever he’s arrested.

He has been doing the same thing since 2014 on a road outside Swansea Central police station, and no one knows why.

Hampson has already been jailed nine times for his disruption over the years and was put under a criminal Asbo to keep the traffic flowing.

A PC and two special constables found Hampson in the road where the traffic lights were on green but vehicles were stationary.

Hampson was led to the side of the road and arrested for breaching a criminal behaviour order, imposed on him in 2017 for similar behaviour.

He made no reply when cautioned nor when he was subsequently charged.

Hampson remained silent the following day when he appeared at Swansea Magistrates Court and was remanded into custody, and said nothing during a Swansea Crown Court hearing this year.

A judge ordered a psychiatric report be made into Hampson’s bizarre behaviour – but he refused to speak to the doctors.

They also asked for his medical records to be handed over to doctors to see if that can explain his silence.

Judge Paul Thomas said: ‘Either Mr Hampson is going to spend the rest of his life in prison or something is done to help him with what are clearly deep-seated problems.

‘The court wants to help him rather than punish him – whether he is willing to help us do that is another matter.’

When the judge asked Hampson if he objected to the ruling, the defendant remained quiet.

He was handed a Criminal Behaviour Order – known as a Crasbo – to stop his silent road-block antics.

The jury found he had obstructed a highway in contravention of a criminal behaviour order which prohibited such behaviour.

A previous hearing was told Hampson can speak but ‘chooses not too’. He even answers ‘Thank you’ on occasions when he is given items.

Hampson, of no fixed abode, will be sentence on August 31. 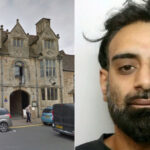 Hotel porter creeps into woman’s room and bites her neck 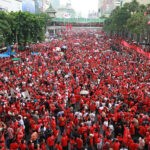