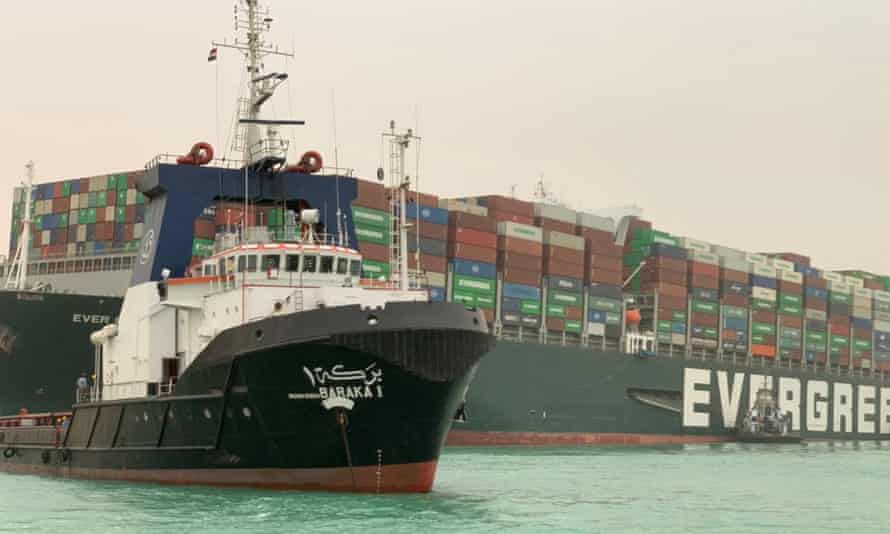 The blockage of Egypt’s Suez canal by a giant container ship is causing a “traffic jam” in the Red Sea, according to a merchant seaman on a nearby ship.

Joe Reynolds, chief engineer of the Maersk Ohio, told the BBC the number of vessels waiting at the canal’s southern entrance was “growing exponentially”.

“It’s going to affect shipping schedules around the world,” he warned.

Tugboats and dredgers are trying to dislodge the Ever Given, which is wedged diagonally across the waterway.

The 400m-long (1,300ft), 200,000-tonne vessel ran aground on Tuesday morning amid high winds and a sandstorm that affected visibility.

Specialist salvage companies have been brought in to help refloat the ship, and an adviser to Egypt’s president has said he hopes the situation will be resolved within two to three days. But experts have said it could take weeks if the vessel’s containers need to be removed.

About 12% of global trade passes through the 193km (120-mile) canal, which connects the Mediterranean Sea to the Red Sea and provides the shortest sea link between Asia and Europe.

An alternative route, around the Cape of Good Hope on the southern tip of Africa, can take two weeks longer.

Mr Reynolds told BBC Radio 4’s Today programme that the Maersk Ohio, a US-flagged container ship that is 292m long and weighs 50,000 tonnes, was “stacked up” alongside dozens of other vessels near Port Suez.

“I think you can imagine there was a queue of ships waiting to go through to begin with, and now that queue has just grown exponentially,” he said. “Standing outside, as you look, everywhere around you is ships.”https://emp.bbc.com/emp/SMPj/2.40.2/iframe.htmlmedia captionA salvage company, working to free the Ever Given, says the operation could take weeks

He said there was still a lot of work to be done on board his ship, and that he and his fellow crewmembers had not yet had a chance to communicate with the other vessels.

“It’s just a long waiting game. There’s not a lot to see… We are ships sitting at anchor, just waiting as if you were in a traffic jam on the M5,” he added, referring to a British motorway.

Despite the delay, Mr Reynolds expressed sympathy for the Ever Given’s 25 Indian crew members.

“As sailors, we complain a lot about things. But we also understand when other sailors are in a fix or other seamen are working really hard day and night to try to correct a situation. We’ve all been there,” he said.

About 10 tugboats and two dredger vessels are working to refloat the Ever Given. Diggers and other machinery operating on the banks are also assisting.

The Ever Given’s technical mangers, Bernhard Schulte Shipmanagement, said another attempt to refloat the vessel on Friday had failed, and that the salvage operation was now focused on removing sand and mud from around the port (left) side of the vessel’s bow.

A specialised suction dredger, which can shift 2,000 cubic metres (70,000 cubic feet) of material every hour, arrived on site on Thursday, it added.

Arrangements are also being made for high-capacity pumps to reduce the water levels in the vessel’s forward void space and the bow thruster room.

Another two tugs will arrive by Sunday, when a higher tide is expected.

John Denholm, president of the UK Chamber of Shipping, told the BBC that if the diggers and tugs were not successful, salvage teams would have to start the slow process of “lightering” the ship – transferring its cargo to another vessel or the canal bank.

That would involve bringing in specialist equipment, including a crane that would need to stretch more than 60m (200ft) high, he said.

“If we go through the lightering process, I suspect we’re talking weeks.”

Mr Reynolds said the Maersk Ohio, which started its voyage in the Gulf and was headed to northern Europe via the Mediterranean, still had a “little wriggle-room” in its schedule.

“If it goes more than five days, then we start to see our schedule back up. I’m sure other ships are on a much tighter schedule than we were… It’s going to affect shipping schedules all around the world.”

Service provider Leth Agencies said a total of 237 vessels were waiting in the area on Friday – 107 at Port Suez in the Red Sea, 41 at the canal’s midway point in the Great Bitter Lake, and 89 at Port Said in the Mediterranean.

The shipping journal said two major companies, Maersk and Hapag-Lloyd, were looking into whether to re-route their vessels.

The first container ship to opt for the longer journey around the Cape of Good Hope was the Ever Given’s sister ship, the Ever Greet, both of which are operated by the Taiwanese firm Evergreen Marine, it added.

Richard Meade, the editor of Lloyd’s List, told the BBC that the risk of piracy to vessels off the coast of Africa had been overblown to some extent.

“Obviously, we did see a major piracy surge a few years ago off the Somali coast. That has largely been brought under control,” he told the BBC. “The Gulf of Guinea is the hotspot. But I think realistically you would see ships move well outside the Gulf of Guinea as the route.” 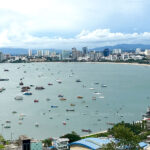 Vaccinated tourist welcome from next month 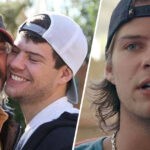