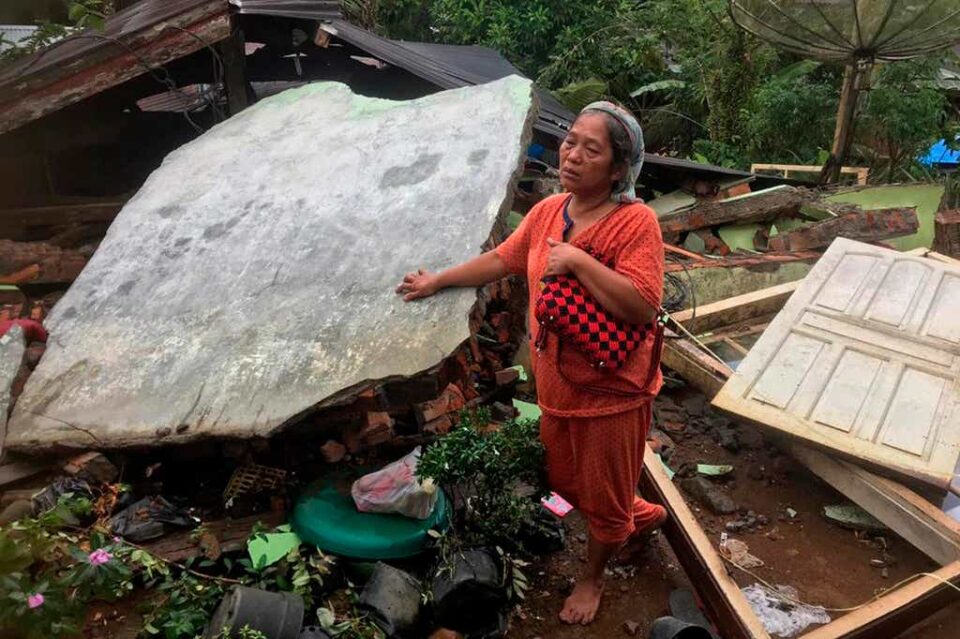 Seven people died and dozens more were injured when a 6.2-magnitude earthquake rocked the Indonesian island of Sumatra on Friday, with residents shuttling loved ones to safety as buildings crumbled around them.

The quake came just minutes after a less violent tremor, as terrified residents had begun evacuating their houses.

“We all fled our home (after the first quake),” Yudi Prama Agustino, 36, told AFP. “I have a one-year-old baby, so in panic, I pushed the stroller out of the house.”

The quake hit the island’s north at a depth of 12 kilometres, about 70 kilometres from the town of Bukittinggi in West Sumatra province, according to the United States Geological Survey (USGS).

Agustino’s hometown in Agam district is another 40km from Bukittinggi.

“I noticed there was an earthquake because my kids’ toys fell over. I panicked because my in-laws were also in the house and they are quite old and sick,” Agustino said of the first tremor that was recorded at 5.0 by the USGS.

“Once we were outside, a much stronger 6.2 quake happened and everybody panicked,” he added.

Seven people died and 85 were injured in West Pasaman and Pasaman — about 20km from the epicentre — according to Abdul Muhari, spokesman for the National Disaster Mitigation Agency (BNPB).

At least 5,000 people in the two districts have been evacuated.

The Indonesian meteorological agency BMKG warned people to stay away from slopes over fears of landslides at the peak of the rainy season.

The quake was felt in the neighbouring provinces of Riau and North Sumatra and as far away as Malaysia and Singapore. No tsunami warning has been issued.

Images shared with AFP from Pasaman city, near the quake’s epicentre, showed partially collapsed houses with bricks lying on the ground and holes in the walls.

The town mayor’s residence also suffered damage, with shattered glass all over the floor, according to BNPB head Suharyanto, who like many Indonesians goes by one name.

Television footage showed patients being wheeled out of a hospital in West Sumatra’s provincial capital Padang.

“The mayor called and ordered that all second and third floors in every building should be vacated,” he said.

Irpanda, a resident of Pasaman, told Metro TV he felt both the first and second tremors.

“At first, the quake only lasted for a few seconds. People fled their homes and buildings nearby were swaying,” he said.

“But then another quake happened and it was so strong. More people fled their houses,” he said, adding patients at a local hospital were also moved outside.

Tremors were also felt in Singapore, witnesses and police said.

“Earth tremors were … felt in certain parts of Singapore at about 9.45am,” the police said in a statement.

The police and emergency services “have received several calls from the public reporting these tremors”, they added.

One Singapore resident told AFP he felt a slight shake at home that left him dizzy, while state broadcaster CNA showed a video of ceiling lamps swaying at a highrise apartment.

Malaysia’s meteorological department said in a tweet that “vibrations” were felt on the peninsula’s western states.

Indonesia sits on the Pacific “Ring of Fire”, causing it to experience frequent earthquakes.

In 2004, a 9.1-magnitude quake struck the coast of Sumatra and triggered a tsunami that killed 220,000 people throughout the region, including about 170,000 in Indonesia.

front image ..A woman stands at the ruin of her house following an earthquake in West Pasaman district on Sumatra / AP The Godfather 50th Anniversary ,10 facts you may not know 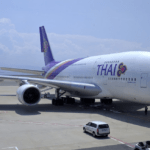 Flights from Thailand to Europe are not affected by the closure