An upcoming video game that lets players simulate a school shooting is coming in for criticism from parents of shooting victims and from politicians.

An online petition by the activist group Change.org urging the game distributor not to launch the game has drawn more than 100,000 signatures.

The game, “Active Shooter,” is to be released by Valve Corp. of Bellevue, Washington, on June 6 for between $5 and $10.

A trailer on the website of Valve’s digital distributor Steam opens with the player’s character as a SWAT team member entering a school to tackle a shooter, before switching over to the perspective of the attacker, with the action set to a pounding heavy metal score.

It ends with a trail of students’ bodies littering an auditorium room as a stats box keeps count of the numbers of police and civilians killed.

In addition to allowing players to pick sides, the game boasts a multiplayer mode and the ability to play as an unarmed student trying to survive.

“I have seen and heard many horrific things over the past few months since my daughter was the victim of a school shooting and is now dead in real life,” said Fred Guttenberg, whose daughter, Jaime, 14, was killed in the February 14 shooting at Marjory Stoneman Douglas High School in Parkland, Florida.

“This company should face the wrath of everyone who cares about school and public safety and it should start immediately,” Guttenberg said on Twitter. “Do not buy this game for your kids or any other game made by this company.”

“This is inexcusable,” said Florida Senator Bill Nelson. “Any company that develops a game like this in (the) wake of such a horrific tragedy should be ashamed of itself.”

“It’s disgusting that Valve Corp. is trying to profit from the glamorization of tragedies affecting our schools across the country,” Petty said on Facebook. “Keeping our kids safe is a real issue affecting our communities and is in no way a ‘game.'”

Parkland students launched a grassroots campaign for tighter gun control following the shooting at their school which left 14 students and three adults dead.

A disclaimer by the game developer, Revived Games, said the game “is meant solely for entertainment purposes and simulation.”

“Revived Games believes violence and inappropriate actions belong in video games and not real world, and insists that in no event should anyone attempt to recreate or mimic any of the actions, events or situations occurring in the game,” it says.

“If you feel like hurting someone or people around you, please seek help from local psychiatrists or dial 911 (or applicable).”

Ten people were killed in a school shooting in Texas on May 18 by a heavily armed 17-year-old classmate. 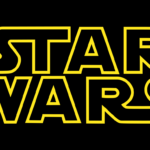