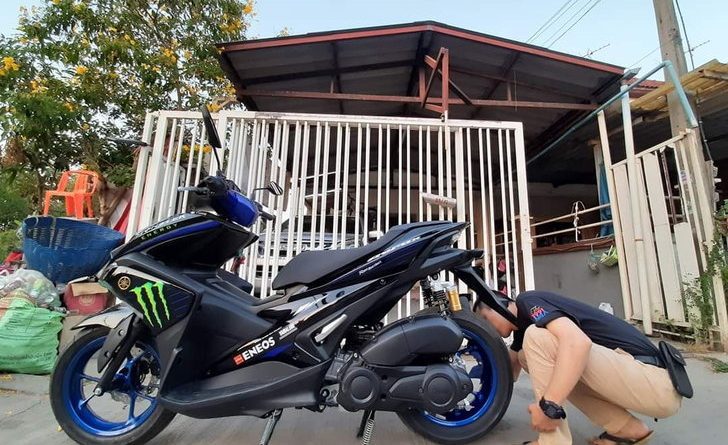 Police Lieutenant Pantapong Puriwattanapong from the Pak Kret Police Station in Nonthaburi Province was notified of a robbery at 1 AM on 29 December 2019. 2 men had used a knife to steal the motorbike of a local pizza delivery boy at an intersection in front of the Chonprathan Hospital. Officials from the police station went to inspect the case right away.

When officials arrived they found Attapol 23 years old waiting for them by the road. Attapol the owner of the motorbike stated that he was driving a Yamaha Aerox motorbike with no license plate from Samakee Road heading to Tiwanon Road. The reason that his motorbike had no license plate is that it had just been purchased and was still waiting for the plate. Attapol was going back home at Bang Bua Thong. When he arrived in front of the Chonprathan Hospital he decided to park the bike to use his phone.

This was when a Black and Navy Honda Wave 110 motorbike with no license plate drove right by the pizza delivery boy. There were 2 men on the bike, one was wearing a Blink 182 T-shirt and the other was wearing a black jacket with purple alien prints while both had full face motorbike helmets on. Suddenly the motorbike turned around and drove straight into the front of the Yamaha motorbike. The person sitting behind the driver jumped down onto the road and was holding a kitchen knife. He walked towards Attapol while shouting “You hit my bike, pay the damages”. The victim was shocked and scared so he decided to jump down from his motorbike in fear of being attacked.

The robber holding the knife took this chance to jump on Attapol’s motorbike before driving it away. The robbers drove towards the intersection near the Royal Irrigation Department then made a U-turn and headed to Khae Rai Intersection. The police will be collecting evidence including footage from the security cameras for the investigation. 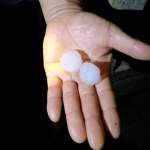