Home » RID calls on all sectors to use water sparingly

The Royal Irrigation Department (RID) has called on all sectors to use water sparingly, while the levels of water at three major dams are now less than 30 percent.

The volume of water in most dams under the supervision of the Electricity Generating Authority of Thailand (EGAT) is at a normal level, except for Ubon Ratana and Sirindhorn dams, which can only release water for consumption and maintaining the ecosystem.

The RID has also put in place measures to minimize the impact of drought and has called on all sectors to use water sparingly.

Man blames Viagra for his attempt to rape 2 teenage girls 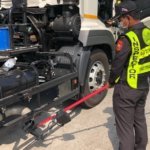