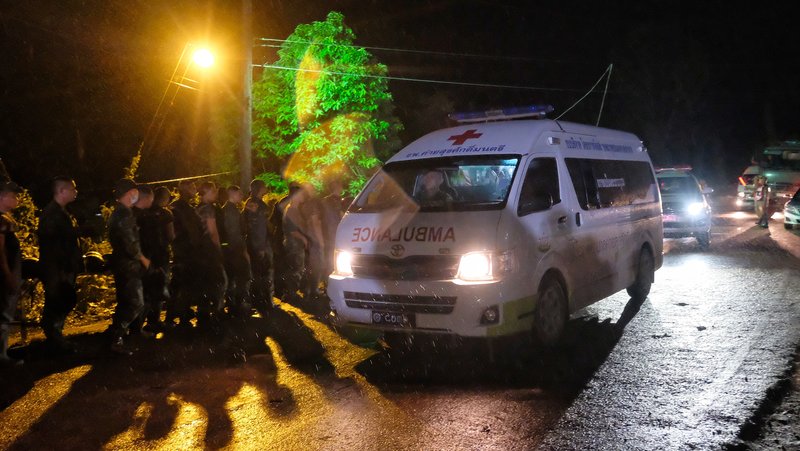 Day two of the mission to remove trapped footballers from Tham Luang cave in Chiang Rai’s Mae Sai district was halted on Monday after four more boys were extracted to safety.

The total number of boys rescued from the cave during a rescue operation that started on Sunday was eight.

Five of their teammates and their assistant coach remained in the cave on Monday night pending rescue.

All four boys brought out of the cave on Monday were taken by ambulance to a waiting helicopter which ferried them to hospital. 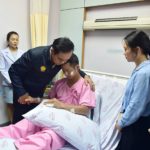