R&B superstar R. Kelly was due in court Saturday for a bond hearing after prosecutors charged him with 10 counts of aggravated criminal sex abuse against four victims, three of them minors.

Known for hits like “I Believe I Can Fly,” Kelly surrendered to Chicago police Friday night and was taken into custody.

The swift turn of events came after a documentary series drew renewed attention to decades of accusations that the 52-year-old performer had engaged in child pornography, sex with minors, operating a sex cult and sexual battery.

He will appear Saturday before a judge who will decide whether Kelly can be freed on bail. His next court appearance is an arraignment scheduled for March 8, when he will have an opportunity to enter a plea.

A grand jury in Chicago handed down a 10-count indictment Friday of aggravated sexual abuse involving four victims, three of them minors between 13 and 16 years of age.

Kim Foxx — the state’s attorney for Cook County, which includes Chicago — told journalists the alleged crimes occurred between 1998 and 2010. The charges carry three to seven years of prison per count, he said.

Kelly’s lawyer Steve Greenberg said the charges were based on old and false accusations.

“I think all of the women are lying,” he said. “Everybody’s trying to profit off of R. Kelly.”

It is the second time Chicago prosecutors have charged Kelly with a sex crime. He was acquitted in 2008 of 21 counts of child pornography after a dramatic trial that also involved a sex tape.

Greenberg said one of the current charges involved the same victim as in that trial.

Avenatti said the approximately 40-minute tape, shot in the late 1990s, “leaves no question” of Kelly’s guilt, and that both the victim and the musician refer multiple times to her age as 14.

He described in graphic detail a number of sex acts shown on the tape, saying the girl refers repeatedly to Kelly as “daddy.”

Avenatti said his team had recovered an additional tape of a similar nature and is in the process of obtaining a third.

Kelly infamously is known for marrying his protege Aaliyah in 1994, when the late R&B star was 15.

Kelly, then 27, had produced the teenage singer’s debut album titled “Age Ain’t Nothing But a Number.” Their marriage was later annulled, and Aaliyah died in a plane crash in 2001.

Despite the slew of disturbing claims against him, the award-winning musician has continued to perform for years and maintains a solid fan base.

But last month’s release of an explosive docu-series entitled “Surviving R. Kelly” once again brought accusations against him to the fore, while a #MuteRKelly movement aimed at preventing his music from airing has gained steam.

Two other women came forward against Kelly on Thursday, saying he invited them to a show’s after-party in Baltimore in the 1990s — when they were teenagers — giving them alcohol and drugs before cornering them in his hotel room and demanding sex, with one of them complying. 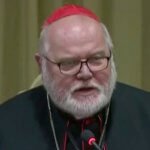