Home » The night the earth moved

IT was a night when the earth moved as one Barisan parliamentary seat after another tumbled and shortly after 11pm last night, Tun Dr Mahathir Mohamad claimed that Putrajaya had fallen to the Pakatan Harapan coalition.

The 92-year-old leader has stepped into a special place in Malaysian history, making a comeback to the job he left 15 years ago.

The Election Commission (EC) has yet to confirm the results at press time but Pakatan is claiming a simple parliamentary majority of 112 seats.

Speaking at a packed press conference at the Sheraton Hotel, Dr Mahathir also claimed that Kedah, Perak, Negri Sembilan and Melaka, apart from Penang and Selangor, had fallen to Pakatan, bringing an end to the 61-year rule of Barisan Nasional.

For months, surveys and polls had shown an unusually high percentage of Malays who were undecided about who to support in the general election.

Many were puzzled and could not figure out what it meant.

The Chinese voters, on the other hand, had been clear from the start that they were still against Barisan, especially Umno, and everyone could see that it was going to be another Chinese tsunami.

On May 9, the Malays decided to go for change and their combined force brought down the ruling coalition led by Datuk Seri Najib Tun Razak.

Asked what Malaysia could expect from the shocking outcome, Ibrahim said: “It is a new day. People have to be prepared for new things such as the first woman deputy prime minister. They have to face the changes and be participators in the change.”

Ibrahim said two factors led to the result of GE14, the first being economic issues, especially the GST that exacerbates the cost of living pressures of many Malaysians.

Barisan thought that opposition to the 6% Goods and Services Tax implemented in 2015 had settled down but it came boiling to the surface again during the campaign period and especially after Pakatan promised to abolish the tax if it won.

That captured the imagination and support of many ordinary people.

The second factor, said Ibrahim, was the 1MDB issue that clung on to Najib despite numerous explanations.

It was a complicated issue that most people could not grasp but over the last one year, Dr Mahathir simplified it in a few choice words – kleptocracy, robber, thief – and it all seemed to come together for him and his newfound friends in the Opposition.

At press time, the EC had yet to confirm the election results as claimed by Pakatan and EC chairman Tan Sri Mohd Hashim Abdullah appealed for the public to be patient for his officers to put together the results of the 222 parliamentary and 505 state seats contested.

Pakatan ceramahs had drawn big crowds but the ground was relatively quiet compared to the heightened air of the 2013 general election.

In fact, the ground was so misleadingly quiet that Barisan was claiming that it could secure as many as 140 seats while Pakatan was the one that had seemed unsure of victory.

As such, it is quite likely that Pakatan was more shocked at winning than Barisan was at losing.

Malaysia is in uncharted territory should the EC confirm Pakatan’s claims on the elections result.

The concern among many Malaysians now is that there should be a peaceful transition of power once the EC is able to confirm the results of GE14. 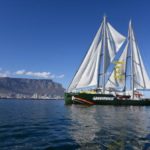