This is the terrifying moment a wild leopard rampaged through an Indian village attacking six people.

The beast was first seen in a house in Lamba Pind area of Jalandhar city on January 31.

Forest officials arrived and tried to administer sedation at least twice and failed.

The leopard then went on a rampage attacking the rescue team.

The aggressive animal was caught in the net briefly but it managed to escape.

In panic, the leopard ran outside across a field and attacking a few more people.

The big cat is currently on the loose and forest officials are planning to administer a third dose of tranquilliser.

Principal Chief Conservator Forests Kuldeep Kumar said: ”We have tried to tranquilise the animal, which has now been cornered. A senior Veterinary Officer will soon reach the spot and see if more dose can be given.

”After rescuing him, we will examine if he has any injuries and needs care. We may keep him for some days, if required.” 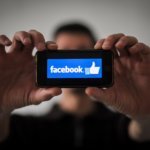 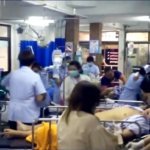