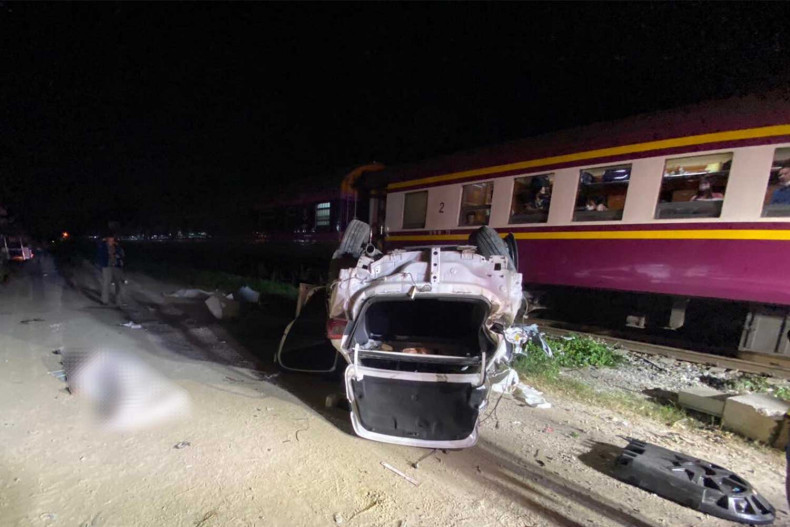 A policeman and two women were killed and another man seriously hurt when their car was hit by a passenger train at a crossing with automatic barriers in Hua Hin, Prachuap Khiri Khan, in the early hours of Thursday.

Pol Lt Thanetphon said the four people were returning home from a party.

The crossing was controlled by automatic barriers. Nakhon Si Thammarat-Bangkok express train No 86 was leaving nearby Hua Hin railway station for the South as the car approached the crossing.

The car driver appeared not to have noticed the approaching train and drove around the barrier and onto the track.

The overturned car after it was driven into the path of a passenger train at a controlled railway crossing in Hua Hin in the early hours of Thursday. The car driver and two passengers were killed and a fourth person seriously injured. (Photo: Sawang Hua Hin rescue team) 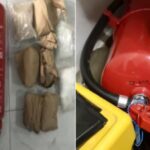 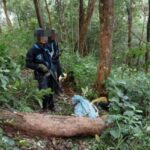