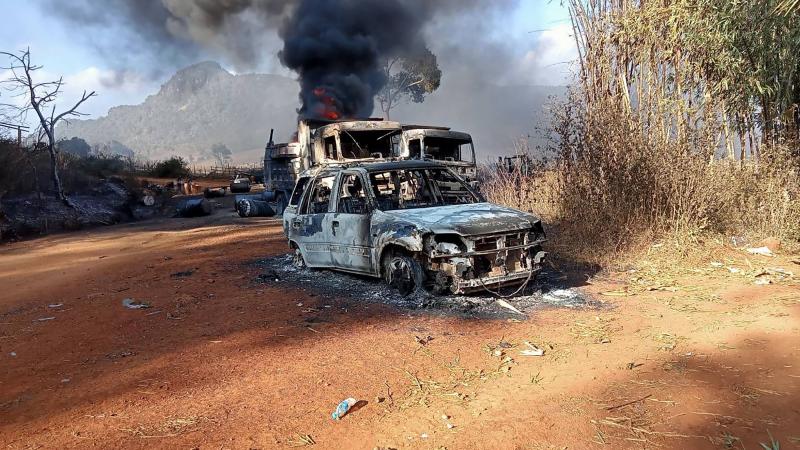 A Myanmar insurgent group said it has buried the remains of more than 30 people who were killed and had their bodies set ablaze, as the UN Security Council called for accountability and an immediate end to violence in the country.

Opposition activists have blamed Myanmar’s army for the Dec 24 attack near Mo So village in Kayah State in which the Save the Children aid group said two of its staff were killed.

A spokesman for the junta has not commented on the attack but state media in military-run Myanmar has previously reported that soldiers had fired on and killed an unspecified number of “terrorists with weapons” in the village.

“We buried every body we found at the scene,” said a commander of the Karenni National Defence Force (KNDF), one of the largest civilian forces formed to oppose a Feb 1 military coup.

Photographs that media posted online showed KNDF members burying the remains in graves lined with concrete blocks. Flowers were scattered over the bodies and candles lit beside the graves.

The commander, who declined to be identified for security reasons, said while it was difficult to identify any of the bodies buried on Wednesday he believed they included the Save the Children .

A spokesperson for Save the Children declined to comment, but the group has previously confirmed that two of its workers, both young fathers, were killed in the attack.

The international community has expressed shock over the attack with the US embassy in Myanmar describing it as “barbaric”.

In a press statement published on Wednesday, the UN Security Council said its members condemned the reported killing of at least 35 people, including four children and two staff of Save the Children.

It said the Security Council stressed the need to ensure accountability for the act and “called for the immediate cessation of all violence and emphasized the importance of respect for human rights and of ensuring safety of civilians.”

Myanmar has been in turmoil since the military overthrew the elected government of Nobel Prize laureate Aung San Suu Kyi.

Some opponents of the military have taken up arms, at times linking up with ethnic minority guerrillas who have for years been fighting the government for self-determination in various parts of Myanmar, including Kayah State in the east. 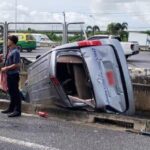 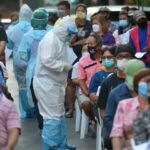