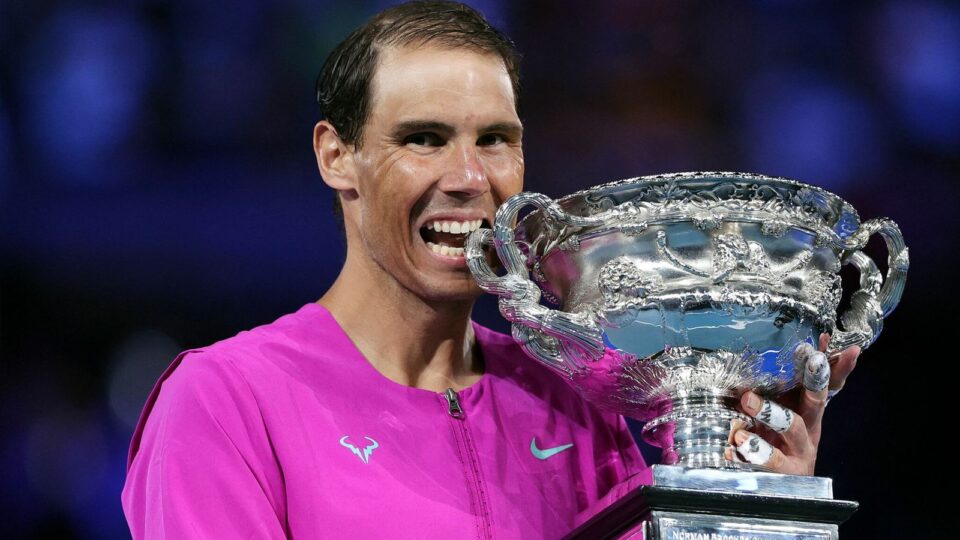 Rafael Nadal won a record 21st Grand Slam men’s title in the most stunning fashion, fighting back from two sets down to beat Russia’s Daniil Medvedev in a classic Australian Open final.

US Open champion Medvedev was going for his second successive major title.

Medvedev, 25, was in command before Nadal showed all of his renowned grit and fight to earn an extraordinary win.

The 35-year-old Spaniard has been at the centre of some of the sport’s most incredible triumphs – but this surely goes down as the most amazing Grand Slam victory of his illustrious career.

Nadal’s achievement comes only a few months after he thought he would never be able to return to the tour because of a foot injury.

In the absence of the deported Novak Djokovic and the injured Roger Federer in Melbourne, Nadal has moved one ahead of his great rivals in the race to finish with most major men’s singles titles.

It is the left-hander’s second Australian Open title and comes 13 years after his only previous success.

“Without a doubt it is one of the most emotional wins of my career,” Nadal, who had also previously lost four Australian Open finals, said after the trophy presentation.

Chronic pain in Nadal’s left foot restricted him to only one tournament in the final seven months of 2021, while a bout of coronavirus in mid-December also left him “very sick with fever”.

Those setbacks meant the Australian Open was just his second competitive event in five months, having won a warm-up tournament at Melbourne Park earlier in January.

Nadal sealed victory against Medvedev after five hours 24 minutes – and at 01:11 local time in Melbourne – when the second seed could not return a net volley on the first of the Spaniard’s three match points.

Dropping his racquet to the floor, Nadal stood motionless with his hands on hips as his jaw dropped. After a warm embrace with Medvedev, he walked towards his support team and exploded with emotion.

A triple first-pump was followed by a drop to his knees, his hands covering his face as he looked up to the sky.

Nadal slowly walked over to his players’ box, hugging Australian Open tournament director Craig Tiley, on his way to embrace his father Sebastian.

The intensity of his celebration illustrated the euphoria Nadal felt after the obstacles he had overcome – on the night and in the recent months – to win.

Previously in his career, Nadal had only won three matches from two sets down and the most recent of those came at Wimbledon in 2007 against Russia’s Mikhail Youzhny.

Victory came at the end of the second longest Grand Slam final in history, just 30 minutes short of the 2012 final at Melbourne Park when Nadal lost to Djokovic.

So much had he given to his record-breaking achievement that during the trophy presentation, Nadal was brought a chair so he could sit down rather than stand.

Medvedev’s irritation at the pro-Nadal support

At two sets up, Medvedev had looked well on course to back up his victory in New York with another triumph at Melbourne Park.

Nadal lacked fluency with his groundstrokes in the first set, particularly on the backhand side, and Medvedev took five games in a row to seal it, Nadal dumping another backhand into the net, the Spanish left-hander’s 16th unforced error against just five from his opponent.

The younger man’s dominance was also illustrated by his winning 31 of the total points compared to 17 by Nadal.

With all the statistics in favour of Medvedev, the second set unexpectedly turned Nadal’s way at 2-1.

Nadal ended a 40-shot rally with an angled backhand winner, setting up break points for the first time in the match, and an unforced error from Medvedev handed over the game.

Suddenly Nadal had a spring in his step – and had the crowd getting noisier too – as he moved 4-1 ahead.

Three successive breaks of serve soon followed, a run that ended with a dramatic ninth game that stunned the Laver crowd.

It included a set point for Nadal, five break points for Medvedev and the game being halted when a protester jumped on to court before being dragged away by security.

The set eventually went to a tie-break which Medvedev finished the stronger and it appeared doubtful Nadal, already looking tired and sweating a lot, could fight back.

Another pivotal moment came in the sixth game of the third set when Nadal, facing going two sets and a break down, fought off three break points.

Both men continued to hold serve until the ninth game when Nadal, whose indomitable spirit began to grow, pounced.

Medvedev, perhaps as a result of the finishing line coming into view, lost clarity of thought when he tried to prod over a volley and instead hit it into the net.

That brought raucous cheers from the crowd and Medvedev responded with a sarcastic clap of his racquet.

The Spaniard broke and served out the set to love, sending the pro-Nadal crowd into further raptures.

A tense fourth set featured 15 break points, with Nadal taking two of his 10 opportunities to tee up a decider.

Medvedev continued to be irritated by the support being given to Nadal, and the frequent noise during his service points, prompting umpire John Blom to repeatedly ask for calm.

Nadal now looked the man with the mental resilience needed to see the job through.

He broke for 3-2 but then wobbled when he served for the match at 5-4, only to break straight back to lead 6-5 and serve out victory at the second attempt.

In his on-court speech, Medvedev thanked his team, and joked: “I’m sure my wife is watching back home but I think the TV will be broken now.”

Medvedev, who lost last year’s final to Djokovic, was aiming to become the first man in the Open era to win his second Grand Slam title at the next major event after his maiden triumph.

He was the highest seed men’s player in Djokovic’s absence.

“If we talk about tennis, I’m not that disappointed,” Medvedev said.

“It was a huge match, for sure, and there were some small points, small details, that I could have done better if I wanted to win. But that’s tennis. That’s life.

“Rafa played unreal and raised his level. I mean, two sets to love up, I wanted just to go for him, go for more.

“He was really strong, the way he played for four hours, I was even surprised.

Being confined to bed with Covid for a couple of days just before Christmas had appeared to signal the end of Rafael Nadal’s Australian Open aspirations.

The two matches he had played in Abu Dhabi before testing positive were encouraging, but the 35-year-old was so far behind in his preparations because of his foot injury.

Nadal has had problems with a bone in the bridge of his foot since he was a teenager, and he only played two matches in the second half of 2021.

A medical procedure in September had failed to remove the discomfort. Training sessions were often limited to 20 minutes, until Nadal decided it was time to try and push through the pain.

The results have been spectacular, after a late December decision to give the Australian Open his best shot.

His triumph has many echoes of Roger Federer’s run to the title in 2017, when the Swiss was also 35 and had spent six months away from the tour. 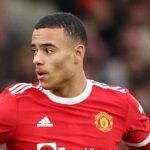