Home » Sotheara Chhun: the first Cambodian professional wrestler in the US 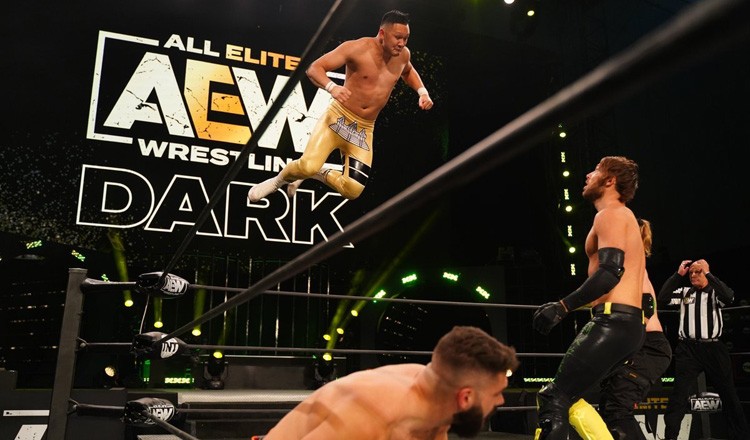 Last week, Cambodian professional wrestling fans were surprised by the debut of a Cambodian wrestler on All Elite Wrestling, a top wrestling promotion in the United States. Although he lost his debut match, for many Cambodians, it is a great pride to see their fellow countryman receiving a spotlight in the sport for the first time ever. Taing Rinith features Sotheara Chhun, a young athlete who wants to spread the word about Cambodia through sports entertainment.

On Tuesday last week, a tag team match was scheduled on an episode of AEW Dark, a professional wrestling online television programme produced by the promotion. As the entrance theme song echoed around the venue in Jacksonville, Florida, for the first time ever on the show, a Cambodian flag appeared on the jumbotron screen.

Sotheara Chhun, a 23-year-old Cambodian-American wrestler, appears from backstage with his partner VSK, wearing wrestling attire which bears a picture of Angkor Wat, a Cambodian landmark

After briefly greeting the audience, Sotheara peacefully looks around the room, savouring the moment. Due to the ongoing COVID-19 pandemic in the US, not many people were allowed in the venue where Sotheara made his debut. However, for the young wrestler, this was a big step towards achieving his life-long dream.

Only five minutes later, Sotheara and VSK were up against The Hybrid 2, a professional wrestling tag team consisting of Angélico and Jack Evans. As a high-flyer (a wrestler who uses aerial technique), Sotheara uses the ring’s posts and ropes as aids, in many cases to demonstrate his speed and agility. However, in the end, he was put into a submission hold and forced to tap out by his opponent. Sotheara made his debut as an enhancement talent (the less experienced wrestler that is scripted to lose), but that was how it began for many legendary wrestlers in this sport.

“It was a great feeling to finally get a chance to be in an AEW ring,” Sotheara tells Khmer Times about his debut. AEW was founded last year by billionaire Shahid Khan and his son Tony and has grown to become the biggest competitor of World Wrestling Entertainment (WWE), the global and most well-known company in professional wrestling.

Sotheara was born to Cambodian parents who immigrated to the US years ago. He has lived his whole life in Seattle, Washington, watching professional wrestling on TV.

“I always grew up watching wrestling,” he said. “And I always knew that I didn’t want a regular job.”

Trained by the late Buddy Wayne, a wrestler who worked many enhancement matches in the 90s up until 2003, for both WWE (then called WWF) and World Championship Wrestling, Sotheara has been wrestling since 2016 as a freelancer for independent promotions such as Defy Wrestling, Elite Canadian Championship Wrestling (ECCW) and Pacific Pro Wrestling among others, under the ring names Classic Chhun and Cody Chhun.

His match with wrestling veteran Christopher Daniels, whom Sotheara describes as “his most iconic opponent so far”, for Defy Wrestling has been considered one of the best in the promotion. Yet, he was not discovered by Cambodia until his match on AEW Dark last week.

“I was always training and doing shows whenever people reached out and asked me to wrestle,” Sotheara says. “I try to have good matches so I can film them, and then send them to more people so I can be on more shows. With AEW I was asked to come by and have a match. I hope to have more matches with them.”

In the past week, Sotheara has been the hot topic of discussion among the online sport community in Cambodia, thanks to his strong depiction of Cambodian identity in the ring.

Like many young and upcoming stars in professional wrestling, Sotheara wants to have a legendary career by winning a championship in a wrestling promotion, but for now, his goal in the near future is to get stable by signing up with a promotion, which will enable him to “make a living from wrestling”.

In the meantime, he also wants more Cambodian athletes to get involved in traditional wrestling.

“I want more Cambodian wrestlers to start up, in the USA and in Cambodia,” he says, adding that last year, he saw a video of Cambodian people wrestling in a ring in Cambodia.

“I would like to come and show people how to wrestle my way. Maybe in a few years,” he added. 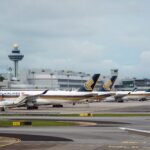 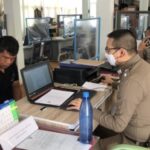