Home » Putin ‘has grounded his daughter fears she may not return

Vladimir Putin has allegedly grounded his daughter in case she leaves the country and decides never to return.

Dr Maria Vorontsova wanted to fly abroad for a tropical beach holiday to mark her 37th birthday next week with her partner Yevgeny Nagorny, 33.

But the General SVR Telegram channel reported: ‘Putin responded with a categorical refusal, strengthening the security protection of Maria.

‘According to our information, the president’s eldest daughter did not plan to return to Russia.’

The report did not give a reason why she planned to abscond.

Maria is said to now be banned from travelling to major countries in the West, despite her previous love of holidays there.

The Telegram channel reporting this claims it had insider knowledge of the Kremlin, and was the first to report Putin may have a serious illness like cancer.

Maria, who has been sanctioned by western countries due to her family links to Putin, is the daughter of former Russian first lady and Putin’s ex-wife Lyudmila Ocheretnaya.

She has an eight-year-old son with her ex-husband Jorrit Faassen, who is the Dutch son of a Nato colonel.

Maria was born when the now-president was a spy for the KGB agency, and has become an expert in rare generic diseases in children.

She is a leading researcher at the National Medical Research Center for Endocrinology of the Ministry of Health of Russia, and is also an expert on dwarfism.

Pictures show her with her now-partner attending a wedding of friends who are doctors near Salerno, Italy in 2019.

Independent media outlets Meduza and Nastoyashchee Vremya reported he landed a £90,000-a-year job and was given a luxury high-security home with three bedrooms, four bathrooms and a library.

Maria’s sister is Katerina Tikhonova, 35, deputy director of the Institute for Mathematical Research of Complex Systems at Moscow State University.

The Putin daughters have remained silent on the war with Ukraine, and their opinion on the conflict is not known.

The 18-year-old was ‘outed’ as the war leader’s illegitimate daughter by a Russian publication last year, and has recently shut down her Instagram account following a backlash over the war.

She is now a part-owner of a major Russian bank but has never publicly commented on who are daughter is.

There is further speculation Putin has a family with rhythmic gymnast turned media mogul Alina Kabaeva, 38, but this has been denied by officials.

Putin previously said: ‘I have a private life in which I do not permit interference. It must be respected.’ 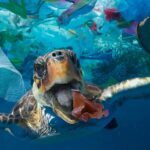 Sea sick: how we are destroying our oceans 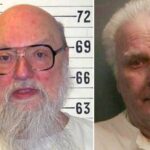