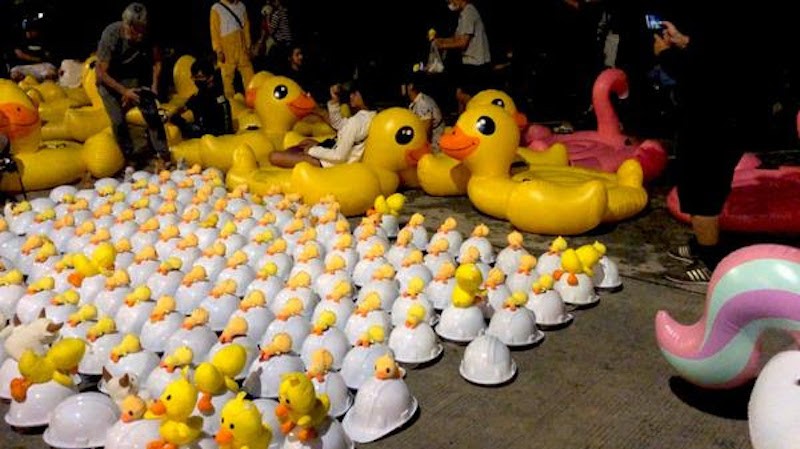 The toys have become an unlikely symbol of the protest after they were used by demonstrators to defend themselves against the onslaught of tear gas and liquid fired from water cannons.

The scene outside the Siam Commercial Bank (SCB) unfolded as thousands of police officers and riot teams were deployed at several locations amid fears of unrest.

Demonstrators converged on the Siam Commercial Bank (SCB) building in Bangkok, forcing it to close for the day. It is being targeted as the Thai King – the subject of calls for reforms – owns a stake of around 20 per cent in the company.

Protests, in which activists are calling for social reforms, last week escalated into violence with water cannons mixed with tear gas being fired at the assembled crowds.

Growing numbers of anti-establishment protests have taken place in recent months across Thailand, including at schools and universities.

Activists are calling for sweeping reforms including a new constitution, the resignation of the prime minister Prayuth Chan-o-cha and reforms of the monarchy.

Thai government ministers claim the protests are being funded and encouraged by disaffected opposition and international groups to destabilise the country. 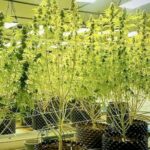 Thai ministry allows use of some parts of hemp, cannabis plants, but recreational use still banned 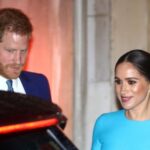