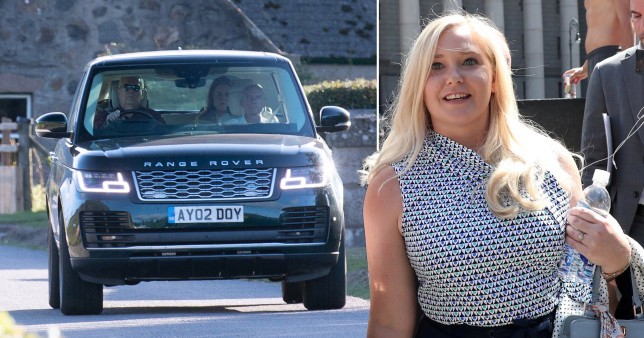 Prince Andrew has flocked to the Queen’s Balmoral estate in an apparent attempt to dodge sexual assault papers by US prosecutors, it’s been claimed.

The embattled duke is facing a civil legal claim he sexually abused paedophile Jeffrey Epstein’s former sex slave Virginia Giuffre when she was 17, which he denies.

Andrew was pictured in a black Range Rover yesterday with ex-wife Sarah Ferguson making the near 500-mile journey to Scotland from Royal Lodge in Windsor.

According to reports, Ms Giuffre’s legal team has made ‘multiple attempts’ to issue court papers on Andrew and his lawyers at Windsor, but his security has turned them away.

He was said to be ‘going stir-crazy’ at having to remain house-bound for weeks.

The duke, 61, has not yet responded to Ms Giuffre’s lawsuit, with her case due to begin in a New York court on Monday.

A source told The Sun: ‘Andrew was going stir-crazy inside Royal Lodge for the past few weeks. He wasn’t going horse riding and couldn’t step outside because of attempts to serve him with the legal papers.

‘He knows he is far safer up at Balmoral on the Queen’s estate. Andrew is always described as the Queen’s favourite son, but she is meant to be on holiday at Balmoral.

‘With Andrew and everything that is happening with Charles and the investigation into cash for honours she must be wondering when she will get any peace and quiet.’

Ms Giuffre claims she was abused by Andrew at the London home of Epstein’s former girlfriend Ghislaine Maxwell; at Epstein’s mansion in New York and on his private island in the Caribbean.

In an interview with BBC Newsnight, he said he had no recollection of ever meeting Ms Giuffre.

The Duke of York also intimated a famous photograph of himself with his arm around her waist in the home of Maxwell, who is awaiting a trafficking trial on charges she denies, may have been doctored.

His visit to Balmoral is his second in as many months.

Hours after the lawsuit emerged last month, Andrew visited the 500-acre estate for ‘crunch talks’ with his brother Prince Charles. 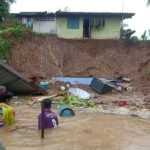