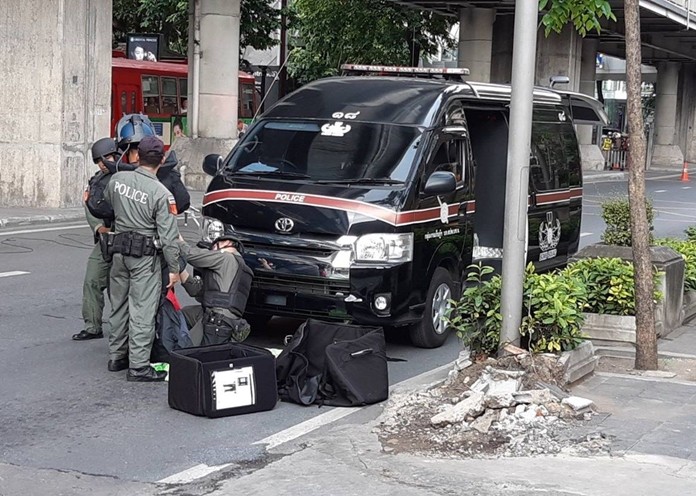 Prime Minister Gen Prayut Chan-o-cha has ordered a hunt for the individual who placed a suspicious-looking object in front of the Royal Thai Police headquarters.

The location is not only in the heart of Bangkok but in the vicinity of the ASEAN Foreign Ministers Meeting at Centara Grand hotel. The premier called on members of the public not to panic and have confidence in the authorities who will bring the situation under control.

The suspicious-looking object was placed just outside the Royal Thai Police headquarters and found to be a pack of fruit juice with twinkling green lights. Special Branch police sealed off the area, blocked cellphone signals and temporarily closed the road to traffic. An Explosive Ordnance Disposal unit came to deal with the object.

The premier was briefed about the situation, ordered the hunt for the perpetrators and called on people to not panic. He called on the police, military, and people to remain vigilant and watch out for any ill-intentioned persons.

The suspicious-looking object was found in the bushes next to the signboard of the Royal Thai Police headquarters in Pathumwan district of Bangkok. According to footage from a CCTV camera and passers-by, a thin man wearing a yellow shirt, black pants, black sneakers, a hat, and a face mask and carrying a backpack loitered there for a short while and dropped the object. Then, the man walked toward Chalerm Phao intersection.

Deputy Police Spokesman Pol Gen KrissanaPattanacharoen said the police confirmed it was not a bomb but a couple of packets containing ball bearings and an object which looks like an integrated circuit which could not explode.

The situation was perpetrated only to scare members of the public. The police are yet to bring the perpetrator to justice, but the suspect is shown in the CCTV footage. 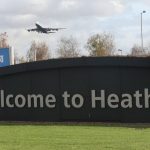 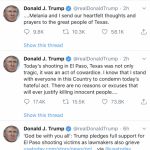 At least 20 killed in deadly rampage at Texas Walmart