A Deadly Virus From Africa Is Killing…

Police and soldiers wearing protective masks set up hundreds of checkpoints across Thailand on Friday night to enforce an indefinite nationwide curfew, banning most people from outside in a bid to curb the spread of the new coronavirus.

Across the normally bustling capital of Bangkok, people rushed in the evening to get home before the curfew took effect on Friday night at 10 p.m. and running until 4 a.m. the next day.

“I think the curfew is good because it will limit the time and number of people who travel every day,” said Wiranyupha Rotthongsen, a 29-year-old salesperson who was waiting near the city’s Victory Monument for a bus to get home.

“On the other hand, it might put me at risk of missing the bus, or I might have to wait longer, so I need to have better planning with time,” she said.

The curfew includes exceptions for people transporting medical supplies and health workers travelling to and from work.

Authorities said police, army and other security forces would set up 421 checkpoints across the country to enforce it.

Thailand was the first country outside China to report a case of the new coronavirus, which since emerging in the Chinese city of Wuhan late last year has infected more than 1 million people worldwide and killed at least 50,000.

Since last month, the number of confirmed cases in Thailand has jumped from just a few dozen to nearly 2,000, prompting more strict social isolation measures by the government.

As of Friday, the official number of cases in Thailand was 1,978 with 19 fatalities. 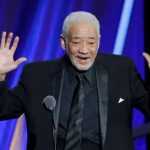 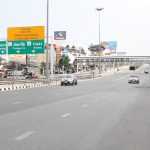 Mark KellyMay 24, 2020
A man has admitted he killed his own son and buried the body in a...
END_OF_DOCUMENT_TOKEN_TO_BE_REPLACED