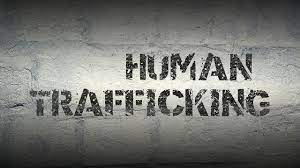 In an extensive undercover operation, Thai police have lured into the box several suspects suspected of being involved in two human trafficking cases – one involving Thais getting illegal jobs in Cambodia and the other involving Rohingya refugees in Malaysia.

The two suspects, Ubolrat Puttapraisakul and Li Tianfong, were arrested Thursday in Chiang Mai’s Fang and Wiang Haeng districts, respectively, for allegedly tricking Thais into getting jobs at an illegal “romantic” call centre in Sihanoukville.

The additional evidence led to the issuing of arrest warrants for ten suspects, including four Chinese nationals, four Cambodians and two Thais.

Roy said that Cambodian police rescued some 20 victims and transferred them to a safe house until they can be returned to Thailand.

He said the victims had responded to ads posted on social media and Line offering people who spoke good English well-paid jobs in Cambodia. The victims were also persuaded to make investments.

However, when the victims realized they had been lured in front of their eyes, they wanted to return but were silenced with threats of violence. In the end, one victim managed to send out a call for help via social media.

He and eight Thai nationals are wanted for a crime committed in Malaysia in 2015.

Investigators believe this group trafficked and detained Rohingya refugees in the Malaysian state of Perlis, even killing many of the victims. Malaysian police say they have found 30 graves near the so-called Wang Kelian detention area in Perlis.

“Big joke” said police are investigating to see if this case may be related to the human trafficking ring of former army adviser Lieutenant General Manas Kongpan, who died in prison earlier this year.

Traffickers are believed to have transported Rohingya refugees from Myanmar through Thailand to other neighbouring countries.

As for the other eight suspects, police say they often travel to neighbouring countries and will soon be caught.

The police are also working with the Anti-Money Laundering Office to track shady transactions.