Eighteen Chinese nationals were arrested for illegal entry after they were found taking refuge at a restaurant in Chiang Saen district of Chiang Rai yesterday.

Pol Lt Gen Sompong Chingduang, commissioner of the Immigration Bureau, said his district office were tipped off about the illegal migrants having slipped into Thailand from Laos.

The arrested have been charged with illegal entry and defying the emergency decree on public health.

In Tak, meanwhile, police have arrested a man identified only as Chenathip, 25, and 30 Myanmar nationals near the Moei River, a natural border with Myanmar.

Police say he told them he drove his pickup truck to collect the Myanmar people from a pre-agreed point after being hired by a Thai man named Oun to take them to a central location in the province.

In Pattani, two Pakistani brothers, named only as Sami and Ikram, have been arrested on charges of illegally using Thai identification cards, illegal entry and working without permits.

Police said they received a tip-off that Mr Sami was selling a variety of products and had been accused of persuading people to buy electrical appliances from him on credit.

He would also show fake citizenship ID cards to prospective buyers to deceive them that he was a Thai national.

Mr Ikram, his elder brother, was also nabbed for assisting his brother in the illegal acts.

Pol Lt Gen Sompong said the bureau had also run a check on a Malaysian man, who recently returned home from Thailand and had since been found to have contracted Covid-19.

He said records confirmed the man had entered Thailand on March 6, returned to Malaysia on Aug 5 and tested positive for the virus on Aug 15.

Officials are trying to pinpoint where the man visited before returning to Malaysia. 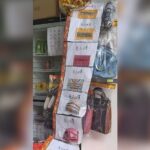 No joke: Joss paper face masks on sale for hungry ghosts in Singapore 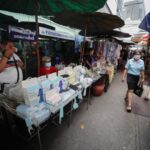