Home » Plantations International – A league above the rest 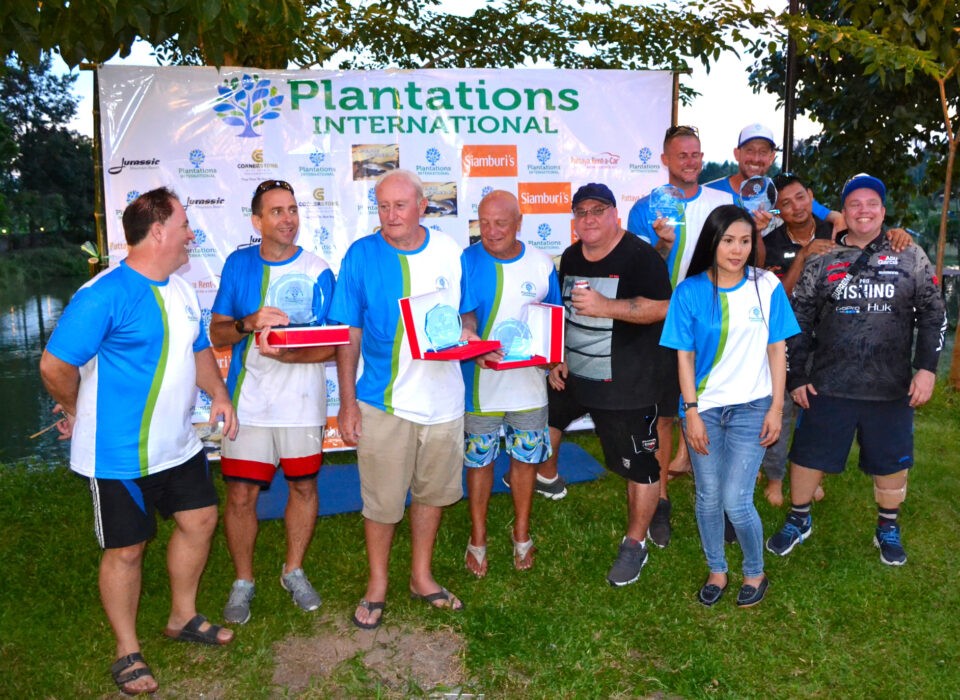 I have never been fishing and have never been interested in the sport. But last weekend i was invited by Kevin from Plantations International to join a fishing event at JM Fishing Restaurant in Pattaya.

I was picked up at 10 am and driven to the fishing restaurant, where i set up my camera ready to film

In the next hour, others had started to turn up perpared to win the compittetion.

I was actually quite surprised by the number of people who had entered the competition and the feeling of excitement you feel at these events.

So more on the weekend, there will be a video highlighting the best of the weekend and a short interview with Kevin coming tomorrow, however, for now please enjoy the photos from the event.

Where should I begin… there are so many reasons why people love fishing that it’s hard to distill them down to just a few. But here goes:

Saturday was a very hot day with one angler Tim catching a 45lb fish which happened to be the biggest catch of the day. I don’t know who was more excited, Tim for catching the fish or me watching in anticipation to see how effortless he made it all look.

It’s a great feeling, obviously. But more than that. It’s a combination of several things, I guess. Surprise is one. Of course you’re expecting to get a bite, but you hardly ever know if you will. Disbelief is another feeling you have. You’re not sure if it WAS a bite, then you know it IS, so two conflicting feelings. And pride; you’re pretty proud you got a bite and your buddy didn’t!!!

There’s always that first instance of confused shock for a split second. Its a case of Is it or isnt it? Then when the reel starts to spin with a biiizzz sound and the line starts to rapidly trail out with a jigging feeling on the end of the line, then the excitement really starts. You have to “not count your chickens” at this point, because there’s always a chance that it was gill-hooked. It’s usually customary to tire the fish out before trying to reel him in, so usually what happens is you let out some drag, then pull back, tighten the line and then release again, until there isn’t much fight left.

JM was chosen to hold the match for its location, fantastic facilities, great food, two styles of fishing lakes and ability to cope with a large number of anglers. Sponsoring the competition were Siamburi’s, Jurassic Mountain fishing resort, Corner Stone estate agents, Fish Scale fishing bait and Pattaya car rental. Each displaying banners and featured on the ‘Holywood board’.

The two-day fishing competition was held at JM fishing park approximately 30 minutes from the center of Pattaya on the frontage road going towards Bangkok.

Plantations international held the event hoping to promote their business generously offering 55,000 baht in prize money and 5 very nice trophies in presentation boxes. The event was held over the weekend with the overall winner winning 30,000 baht.

Third was Ian Charles Watson with 34 points and lee Butler 4th with 15 points.
On the other lake (Specimen lake) the points system was a points per pound system with smaller more rare fish being allocated more points per pound to help encourage more versatile angling.

Tim Coakley landed a Siamese carp of 45lb (20.5kg) winning the lake with 450 points, second was Denis Dixon with 4 Rohu carp for 300 points and third on 240 points was the legendary UK match angler Billy Makin (author of many books here in Thailand and has Dargon bar 1 on soi Bukhow and Dragon bar 2 Soi Made in Thailand) the other anglers did not catch a fish.

Day 2 was very exciting with Simon the leader from the match lake landing 4 Rohu carp for 220 points and Chaianan Thapthai second again on 80 points with one Striped catfish.

Simon became the overall winner of the match winning his lake both days. Billy Makin won on the match lake on day 2 with 195 points, Dennis Dixon second with 120 points, Tim Coakley was third.

Most species 5,000 baht shared between Chaianan Thapthai, Denis Dixon, Tim Coakley, Simon Bradshaw, Billy Makin)
Prize ceremony and a few beers followed and fun was had by all.

Moving on the the future, Plantations International are hoping to have a final compition in Chaing Mai with up to a million BHT in prize money up for grabs. So all you anglers out there that wish to get involed, i will be providing links beloew where you can sign up for future compitions and follow what is going on and of course how you can become an investor earn money and help save the planet.

We would just like to give out a big thanks to John Harvey who helped organise this amazing event and provide the photos and some of the write up for the winners etc.

John Harvey has been living and fishing in Thailand for the last 15 years and was lucky enough to land the largest carp in the world which made the international press last year.

I also landed the biggest Arapaima in the world again at Palm tree lagoon, a fish of around 550lb (250kg) but the fish was so large it escaped before I could get a really good photo.

And you can get more information about John Harvey here 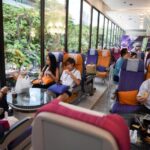