A Phayao man was arrested on Tuesday night after he allegedly shot dead his drunk nephew-in-law, which he claimed was done in self-defence.

Phayung Khunaroop, 51, was arrested shortly after the shooting incident at his house in Tambon Phrathat King Kaew in Phayao’s June district. A team of policemen, who were visiting the area on a drug intelligence mission, heard gunfire, and went to the house where they found the body of Daris Cholakhet, 30. Phayung was waiting at the scene, with a homemade gun in his hand.

Phayung told police that Daris, a nephew of his wife, had moved in to stay with them two months ago. He said the two of them had been drinking, and Daris threatened him with a knife. Phayung claimed that he tried to use a homemade shotgun to warn Daris to stay away, but he eventually had to fire in self-defence. Pellets entered Daris’s left chest, killing him immediately. NT – EP

PM tells Thaksin, others in self-exile to return and have their day in court 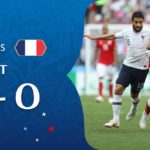