The woman who made headlines after severing her husband’s penis in a jealous fit on Saturday ended her own life yesterday morning at the home she shared with her husband in Phayao’s Pong district.

Zong severed her husband’s penis while he was asleep at their home at 2am Saturday morning. She was angry at her husband, Niran Sae Wang, 38, after learning that he had been cheating on her.

After her attack on her sleeping partner, Wang was rushed to the hospital with his organ in a bag of ice. He was bleeding severely and had to be transferred to Lampang Hospital, where they reattached the appendage.

Less than 48 hours later, Zong drank pesticide in a locked room at their home. She was taken to Pong Hospital and transferred to Chiang Kham Hospital, but it was too late to save her.

Wang, however, will live. Surgeons successfully reattached his penis and got his urinary tract working again, though his doctors doubt that he will be able to perform sexually in the future. 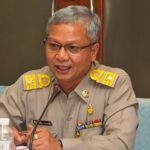 Getting tough! Now potential drivers must take the test themselves 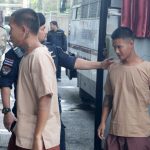