A former superintendent of Ratchaburi’s Ban Pong police station has been given a 15-year jail term and his accomplice, a kamman, sentenced to 10 years while two men were given life sentences for their roles in the 2017 abduction and murder of 28-year-old Supaksorn Polthaisong in Kanchanaburi.

Supaksorn’s parents would also receive Bt2.7 million compensation from the four defendants, according to the primary court verdict read on Wednesday at Bangkok’s Taling Chan Provincial Court. The court however acquitted the ex-superintendent’s singer mistress Kannikar Krumram, 41, due to insufficient evidence.

According to the lawsuit, between December 13, 2016 and early January 2017, Niwat, Phumithat and Kannikar along with three accomplice abducted Sa Kaew native Supaksorn from her apartment in Soi Phetchkasem 114 in Bangkok’s Nong Khaem district and detained her in Kanchanaburi province to force her to cease a romantic and financial relationship with Kannikar. Supaksorn was later killed and her body disposed of at an abandoned resort in Muang Kanchanaburi. Her body was found on January 11, 2017, the lawsuit said citing Amnuay and Sanong as those who hired the men to commit the crime. The three accomplices weren’t included in this lawsuit, as all have been arrested later, the last of them, former soldier Panumet Meela, 37, was nabbed last month.

According to the lawsuit, Niwat and Phumithat made a partial admission to the two charges of compelling the other person to do something and illegal detention but denied the other two charges, Kannikar, Amnuay and Sanong denied all charges. The five defendants – who have been in detention since January 2017 – were brought to hear the primary court verdict on Wednesday.

The primary court found the four men guilty as charged and handed out jail sentences, ordering the four to pay Bt2.79 million (plus 7.5 percent annual interest from January 11, 2017, until the full payment is made) in compensation to the victim’s parents. The four men, who didn’t apply for bail while waiting to appeal their case, were sent back to Khlong Prem and Bang Kwang prisons. 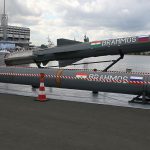 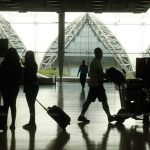