Pattaya, a tourism destination in Chon Buri province, celebrates its 60th anniversary next month and has plans for marketing campaigns and promotions throughout the year.

The Bikini Beach Race, the Pattaya Music Festival and the Pattaya International Fireworks Festival are among the activities scheduled for this year to draw tourists.

The number of visitors have been growing every year, from 16 million in 2017 to some 18 million last year, thanks to transport improvements that connect Pattaya City with other resort towns and the capital.

This coming Friday and Saturday, the city will organise the Pattaya International Fireworks Festival on Pattaya beach, mainly to honour His Majesty the King.

Other activities such as trade meetings will also take place this year, hosted by the Tourism Authority of Thailand.

Ronakit Ekasingh, deputy mayor of Pattaya, said the expansion of U-tapao airport, sitting between Chon Buri and Rayong, will bring investment to the two provinces, which are part of the Eastern Economic Corridor along with Chachoengsao province.

Steady investment to facilitate transport from other places to Pattaya is in the works, including a high-speed train with a station in Pattaya City, Mr Ronakit said.

Mr Ekasit said investment in Pattaya is on the rise, especially in the retail sector, to cash in on growing visitor traffic.

The lack of a proper wastewater treatment system at popular beaches, including Jomtien, is a pressing issue.

Mr Ronakit said Pattaya City is discussing the problem with the local municipality to build a wastewater treatment plant on-site.

Experts from universities will be invited to contribute to the modelling and cost structure for the plant. 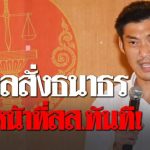