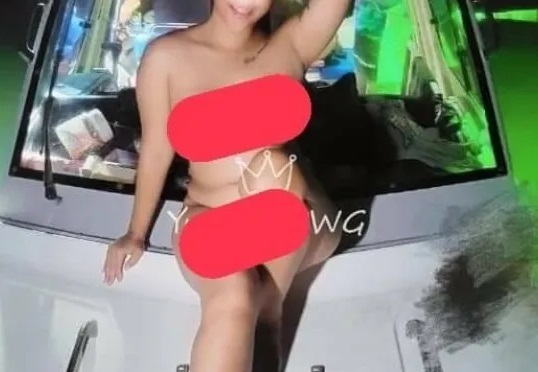 Fishermen have caused rage after they began advertising for a fishing experience that included naked women and the opportunity to “suck milk”.

The ad went up in the eastern Thai province of Chon Buri but has left local folk far from impressed.

The trip was offered in the Bang Saray sub-district, Thaiger reports, and promised would-be-anglers they would be joined by naked women as they tried to score a catch.

Thai social media blew up with the advert going viral across the country – it was first put up on Twitter by a user called Soul Mates, Pattaya, Clean, Good Manner, Friendly.

At the heart of the post was a picture of two fishermen casting their lines out into illuminated water and in between them two naked women laying on their backs with their legs apart.

This approach, appealing to a target market who like both fishing and naked women, is nothing new for the agency whose website is awash with images of women and fishing.

Some of the ads show the women naked with people on beaches, others with them naked with clients as they go about their fishing.

But the ads have been making locals angry and have even seen high-ranking officials join in the fight against them.

Chaiwat “Tum” Inanong, the former mayor of Bang Saray sub-district in Chon Buri, is among those to add his voice to the growing number of frustrated locals.

He said: “Go fishing, but you won’t get any fish or squid. Why is your business so creative? I don’t know who you are but stop doing this kind of business in my hometown.

“Please send me a message if you have more evidence or know these people. I will file a complaint as soon as possible.

“Every local makes a living under the rules and laws of Bang Saray Beach.”

Online, Thai people and others who know Bang Saray Beach and Chon Buri well have come together to say the activity sullies the name of the area.

This could see them slapped with a five-year jail term, a fine the equivalent of around £2,300 or even both. 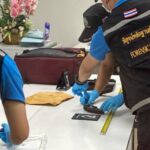 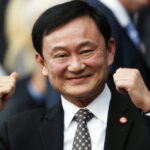 Serious risk of a ‘BRAIN DRAIN’