Checkpoint head Prasit Phutthabucha led police and related officials to inspect the Thai-Lao border market in Ban Peng Jan, Tambon Phon Phaeng, at around 8am when they were alerted to a basket from which blood was dripping. The basket had been left unattended near the Mekong riverside area of the market.

When officials inspected the basket, they found parts of the slaughtered muntjac. The items have been taken away for investigation. 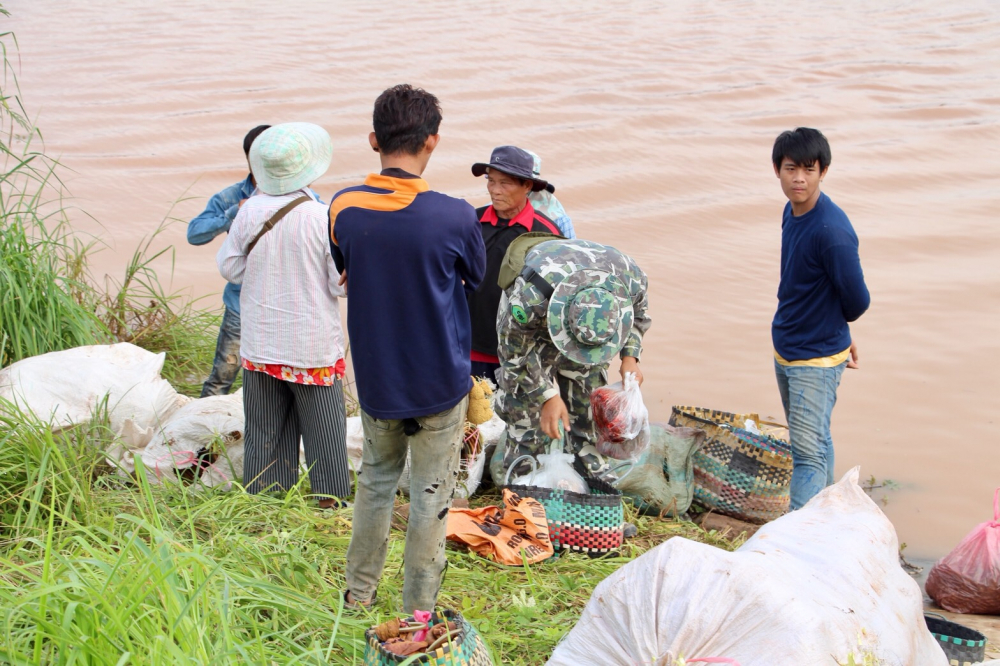 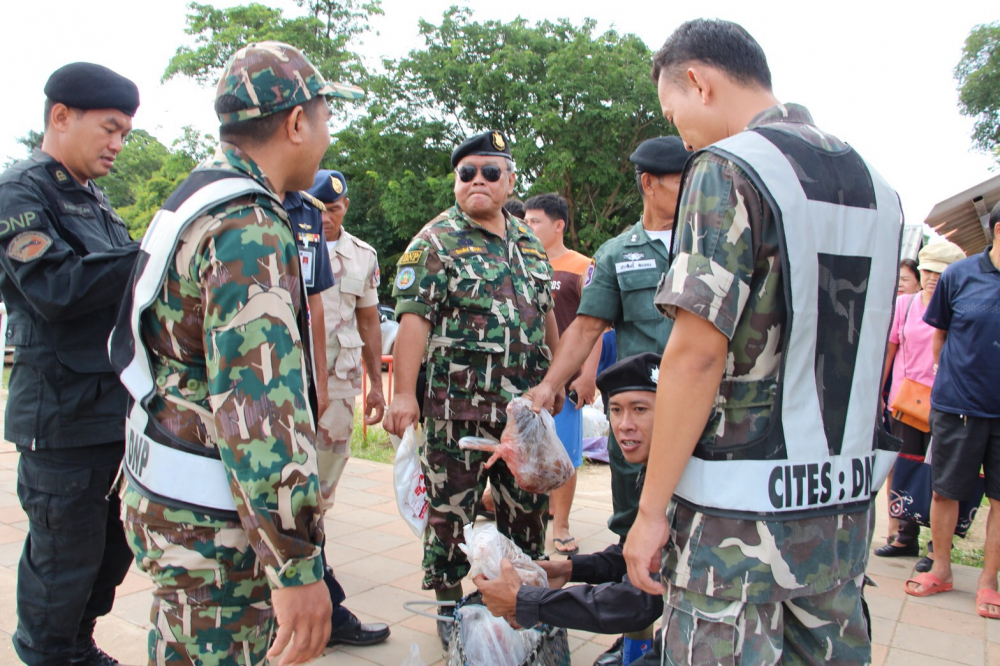 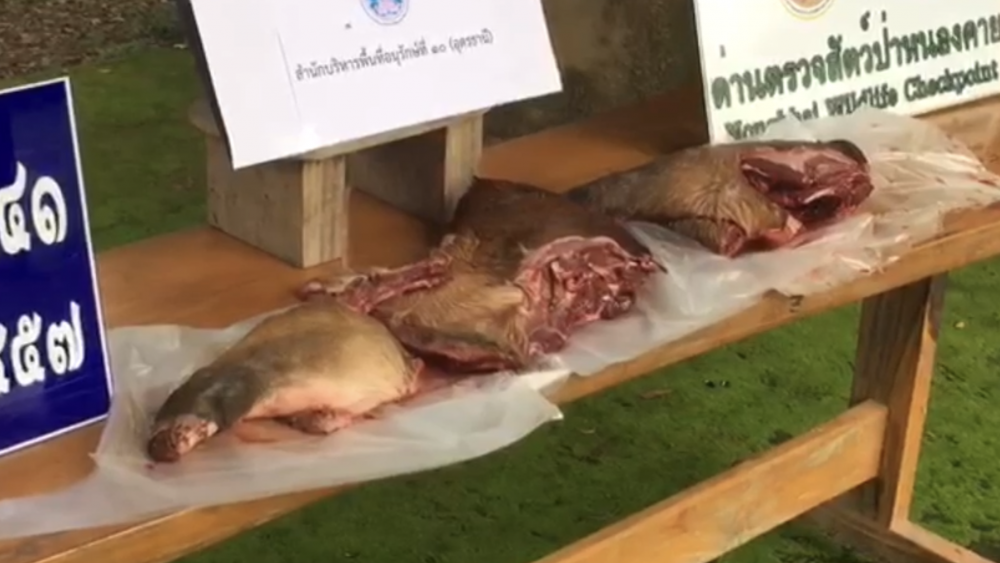